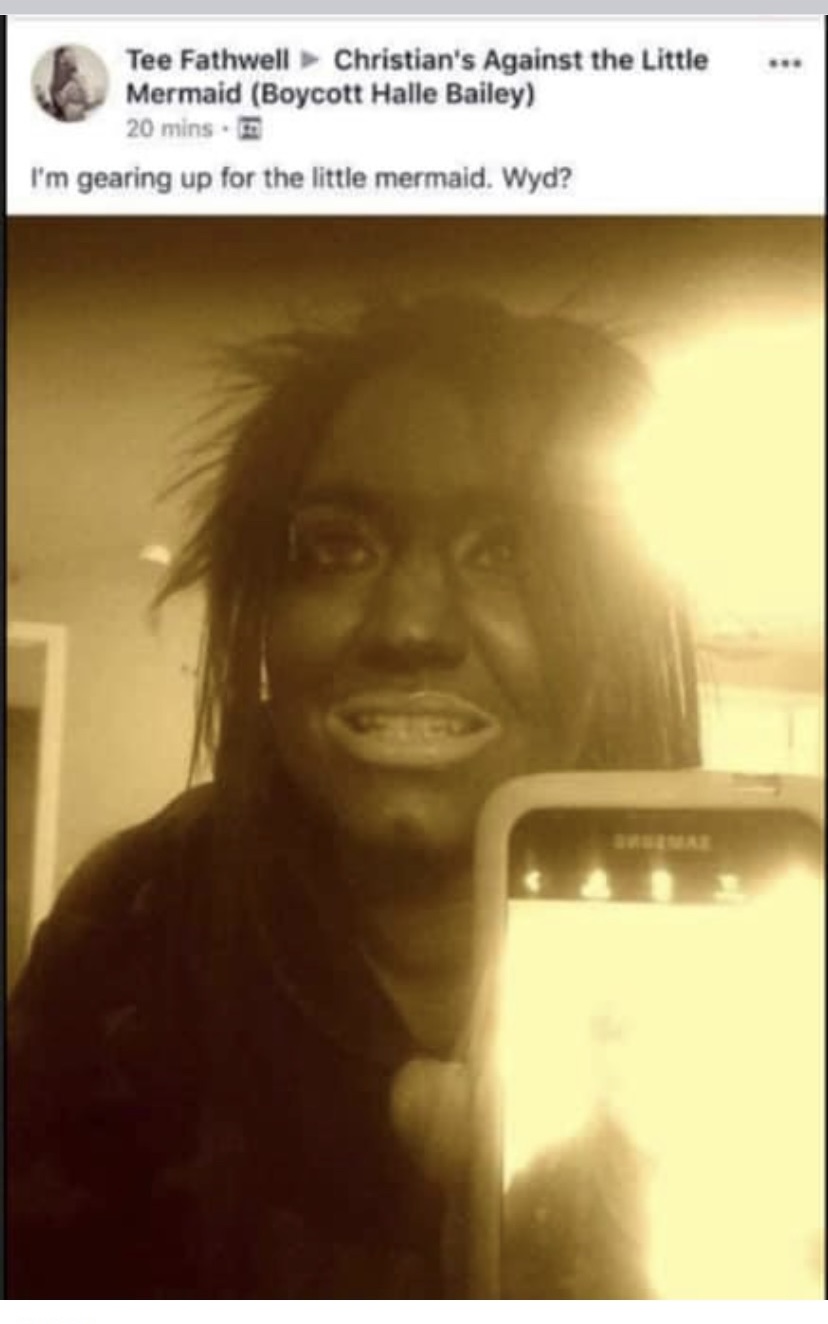 We all know racism is alive in America and people arent hiding it. Recently the Little mermaid movie trailer was released staring Halle Bailey. The classic movie about Ariel (a mermaid) who fell in love with a human and trades her tail for human legs. The movie would be brought to life and star a beautiful black women. Amazing right? We all know how representation on TV impacts our children so this was a great idea!

The little girl in me was so ecstatic! This was one of my favorite Disney movie as a child. I really wanted to trade my legs for a tail lol. Unfortunately some people ( racist ) were pissed! During my trolling I came across a shared post against the move. Someone created a hate group against the movie! The memes they created are so distasteful. The hate for our black & brown women is sicking!

**Deannakay.net does not support hate speech, racism, or bullying. The memes below is from a Christian group on Facebook, called christians against the Little mermaid; Halle Bailey. The following images may be offensive and triggering for some people.**

How disgusting! This is how some white people view black women. The stereotypes and black face shows what and how they talk amongst their peers when Black people are not around. Its crazy because when they make Egypt movies directors have no issues casting white people as kings and queens. Yet we know Egypt people back then (before colonization) were brown and black!

Cleopatra was even portrayed as a white woman with braids and we all know that is false. The white wash of our history needs to stop. Hell our history books were full of white Egyptians. American has always down played the truth about African-American history. America is based on lies, hatred, colonization and we can’t forget the killing of anybody who got in their way not only just Black people.

To my black and brown people we must teach our children to love their skin, hair, nose, shit everything about themselves! America will always view African-Americans and people of color less than them and that is honestly not true! We (blacks) are the blue print of the world and without us their would be no them.We are the original people. Before slavery WE were kings, queens, teacher, doctors and more. We helped them becomes civilized people. We need to teach our children and their true history.

A Beyoncé support group did post a beautiful meme. (below)

whats your thoughts? Remember love yourself, black is beautiful!