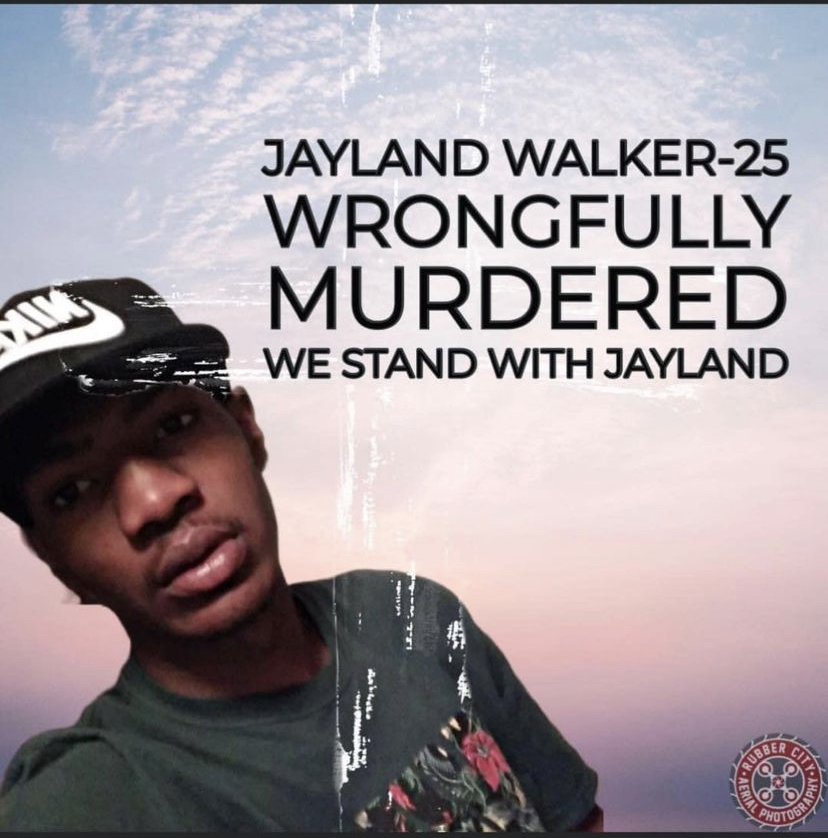 Akron prepares for the video footage to be released. Downtown Akron has multiple roads blocked off waiting the release of the footage. A rally and walk will take place today at 2:30pm.

Protest have taken place and this is just the start. The Akron Rib fest was cancelled at the beginning of the week.

The following pictures are from this weeks protest. Thank you to Shoots By Moody for catching the images.

Akron Police department shot and killed Jayland Walker Monday night. An autopsy revealed the officers shot over 90 shoots at Walker. According to the autopsy report he Sustained 60 wounds! Prayers to Jayland’s family, friends and loved ones, we send our deepest condolences.

According to a report from WKYC:

“Autopsy records confirm that an unarmed Akron man was struck dozens of times by a barrage of more than 90 shots fired by police officers following a chase early Monday morning.

The volume of gunfire and extensive wounds have caused police and city officials to prepare for potential public backlash. The response is expected to only intensify when Akron Police release body camera footage in the coming days.

Use of force cases are always ugly. This case is ugly times 10,” a police official familiar with the shooting told 3News Investigates. The official is not authorized to speak publicly about the shooting.

Using a public records law that provides access to autopsy documents, 3News Investigates viewed photos of Jayland Walker’s bullet-riddled body, along with the dozens of bullet fragments removed during the autopsy.

The final autopsy report has not yet been put in writing, Summit County Medical Examiner Dr. Lisa Kohler said. That report is expected to be released this week.

3News Investigates examined autopsy records, including about 150 photos of Walker’s wounds and about 60 photos of bullet fragments. A large majority of the wounds were to the front of Walker’s body. Wounds could be seen from his face down to his lower legs.” (WKYC news)

Police claimed they suspected Jayland had a gun. According to reports released Tuesday morning

“Akron police say they attempted to stop Walker’s car just after midnight Monday for a traffic infraction and equipment issue. Walker instead led the officers on a high-speed chase down East Tallmadge Avenue toward State Route 8.

At some point, police say Walker fired a gun. Sources tell 3News Investigates that one casing was found in Walker’s car and a second was found on the roadway near Route 8.

The 4 1/2-minute chase took police south on Route 8 with speeds reaching about 80 mph at times, police said. Walker, 25, eventually jumped out of the car on Wilbeth Road near the Bridgestone Tire offices.

Police say they first deployed their tasers, but ultimately opened fire after they said Walker made motions that caused them to fear bodily harm. Eight officers unleashed a hail of gunfire that was captured on body cameras worn by the officers.” (WKYC)

The videos are expected to be released in the coming days. Police Chief Steven Mylett said he wants to meet with the Walker family and allow them to view the video before it is released to the public.

“The public is going to have legitimate questions and I’ve got questions,” Mylett said Wednesday.

Jayland Walkers family has yet to publicly comment. The Mayor did make a statement. click the link to read the full report and statement. All right to the report reserved to WYKC.

Prayers to Jayland Walkers family, friends and loved ones. The community will have questions and I pray they get answers and justice. 90 shots for one man, smh. prayers