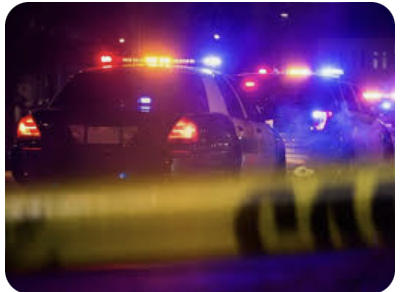 Akron Police Department’s scandal uncovered. According to a report released by Cleveland 19 News Akron Police and other police departments records are under review. According to the news report 19 Investigates found several hundred police agencies have voluntarily reported nearly 7,000 use of force cases dating back to 2017.

Investors are pulling data that should have been reported by each police department. The Inhuman murder of Jayland Walker has sparked investors to look closer at police brutality cases. Jayland Walker was a 25 year old man from Akron,Ohio who was wounded over 60 times and shot over 90 times. Prayers and Justice for Jayland Walker. We send our deepest condolences.

Investors are taking a closer look at Police reports and incident reports. During the investigation it found Akron Police Department was NOT reporting their data.

According to Akron, Ohio (WOIO) :

“Akron’s police chief has spoken of increasing trust and accountability in light of the deadly police shooting of 25-year-old Jayland Walker.

But 19 Investigates found one place where they could improve their transparency as a department.

We found Akron Police Department is not reporting use of force cases to a publicly searchable database.

It’s now been more than six months since Ohio’s Office of Criminal Justice Services unveiled this statewide use of force database.

It’s up to police to report their use of force incidents to the database.

But we also found many agencies are not reporting these cases, including Akron Police.

We spoke to now former OCJS Executive Director Karhlton Moore about the importance of the database a few months ago.

For an agency to be able to share their information with the public, to create a level of transparency I think is really important, especially in today’s climate,” Moore said back in November.

We checked the database for use of force cases submitted by Akron Police for every year from 2017 to 2022, the years included in the database.

We found no cases submitted from Akron Police.

After searching Akron Police, it said “no data available.”

Meanwhile statewide, we found just over 750 use of force incidents have been reported so far this year from agencies across the state.

Cleveland, Canton, North Royalton and Berea Police are just some of the local agencies reporting their cases, along with Ohio State Highway Patrol.

It’s important to point out this database is only as good as the information local police departments are submitting.

In November, about 200 police agencies were reporting their use of force cases”

The report continues to say

“We found that has now jumped to more than 1,000 agencies across the state reporting that information.

We reached out to Akron Police to see if they plan to start reporting this information to the database.

We have not heard back.(WOIO)