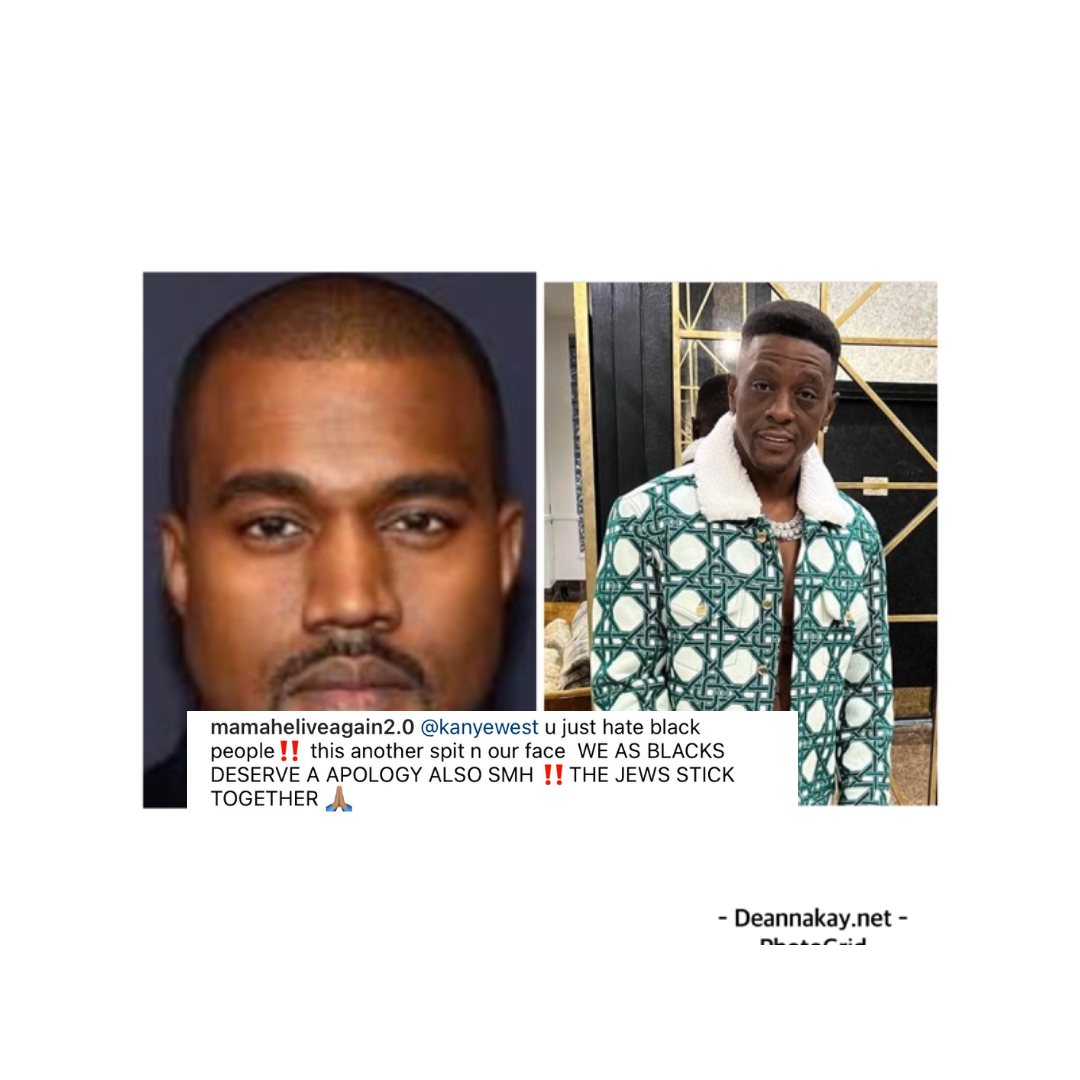 Bosie is no stranger to speaking his mind, he’s very much an opinionated person. Kanye West has recently has been in the news for his comments about the Jewish community. Some people agreed with Kanye West about African-Americans being the true Jews. If you know your history then you know Black people are the original people and God‘s chosen ones.

So many people supported him and a lot of people disagreed with his statements. After being dropped by major branding company’s such as Balenciaga, Adidas and Chase banks. Ye apologized for his statements against the jewish community.

Check out the video below…

What do you guys think? Who’s wrong in the situation?

comment below and make sure you add deannakay.net to your favorites on your web browser!