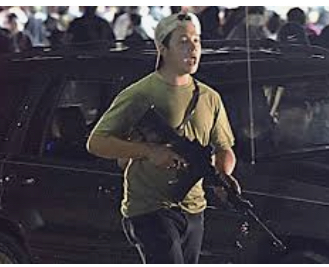 “A Wisconsin jury has acquitted 18-year-old Kyle Rittenhouse on all charges in his homicide trial.

This proves that Amerikkk is build on racism! How can you travel state line, with an unregistered AR-15 and kill two people! During his trial I also learned people were sending donations to help him fight the case! He received millions of dollars in support.

Kyle was allowed to pick his jury as well. I’ve never in history have I heard of a criminal to pick his fate! Whatever happens after this I don’t feel bad! People should be upset! This is an outrage and disrespectful to the victim’s family!

Prayers to the family’s of Joseph Rosenbaum, 36, and Anthony Huber, 26, and a shooting that left 27-year-old Gaige Grosskreutz wounded. The system has failed you.
To read the full story click the link below