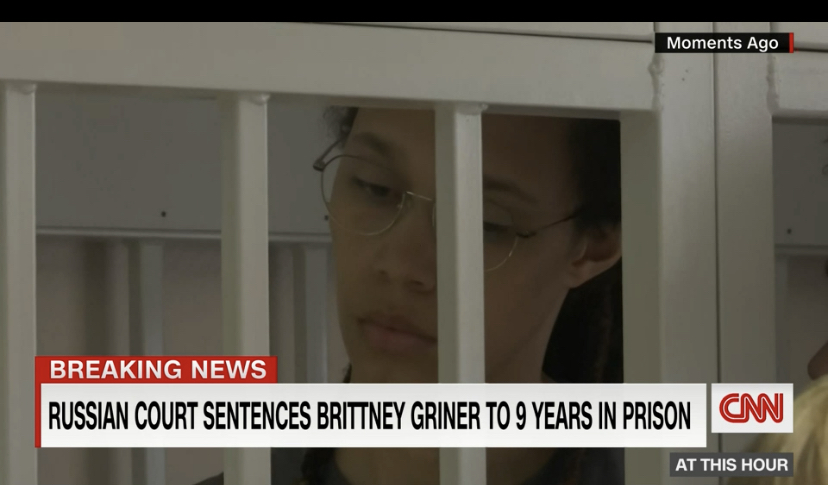 Thursday Brittney Griner was sentenced to nine years by a Russia. According to a new report released Griner pleaded with the judge, taking accountability for her actions and apologizing. The judge showed no sympathy and order her to nine years in jail.

“Brittney Griner was convicted of deliberately smuggling drugs into Russia and sentenced to nine years of jail time Thursday in a case that has raised concerns she is being used as a political pawn in Russia’s war against Ukraine.

Judge Anna Sotnikova of the Khimki city court delivered the sentence and fined Griner 1 million rubles, or about $16,400. She said the court took into account Griner’s partial admission of guilt, remorse for the deed, state of health and charitable activities. Prosecutors had asked that she be sentenced to 9.5 years in jail.Prior to the verdict, Griner apologized to the court and asked for leniency in an emotional speech.

“I want to say again that I had no intent on breaking any Russian laws. I had no intent. I did not conspire or plan to commit this crime,” she added.

After the sentence, Griner told a CNN producer as she left court, “I love my family.”

Prayers to Brittney Griner and her family, Nine years seems a bit excessive