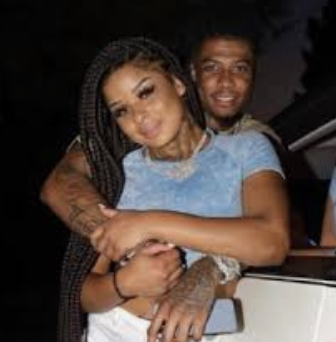 Chrisean Rock and Blue Face’s relationship seem like a never ending roller coaster! Yesterday a viral video of Rock being removed from a interview with Blue after she couldn’t control herself. The video showed Blue asking for her to be removed and in the process kicking and breaking a tv. Yelling and screaming. She later said she didn’t like how Blue answered the question knowing that was the full truth.

Fast forward to today, Rock announced their expecting a baby! Rock flew to Baltimore to see her mom but lied to Blue about where she was going. Of course this sparked an argument. Well during that time Rock took three home pregnancy test! All three positive!

Check out the video below of her at the hospital. Rock explains to fans she has had three abortions by Blue so far and she didn’t want to abort another child. Blue claims it’s not his baby but we know he just upset! It’s his birthday so happy birthday and congratulations on another blessing. This will be their first together but he already has two. One child whom is under 6 months!

Rock alway went live after Blue said the baby wasn’t his! Check out the live below!

Hopefully during this time Chrisean heals and focus. She’s going to be a mom and her child deserves a happy healthy mom. Sending love and prayers!