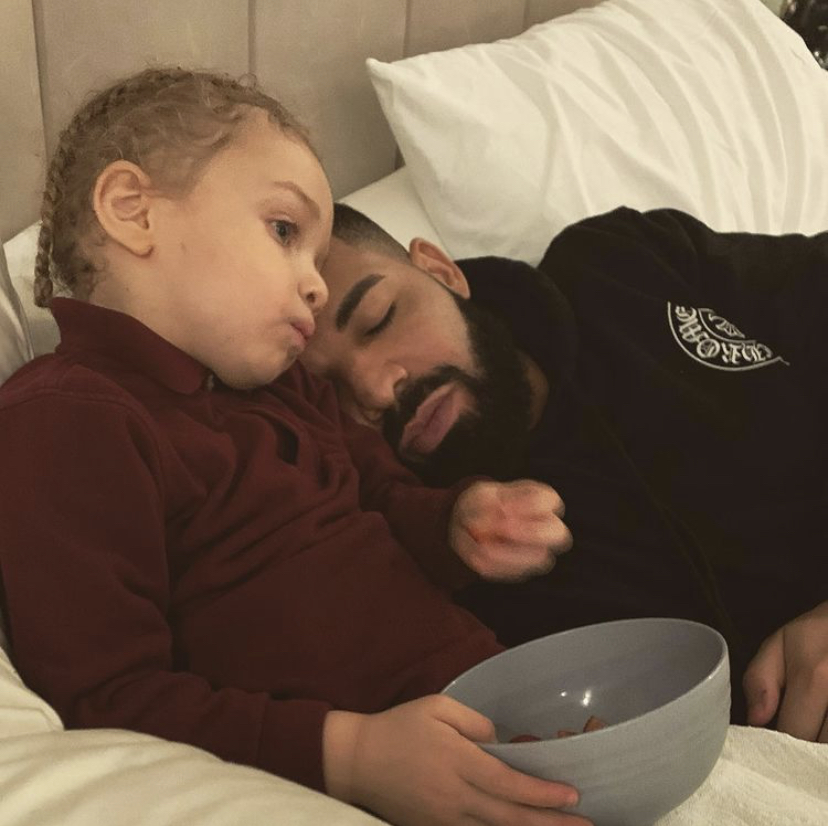 Drake is on daddy time! He posted a picture of him and his son cuddled up in the bed.

Drake has kept his personal life private. The public didn’t find out he had a son until he got into some rap beef and it was put out in a diss. By then Drake’s son was a toddler!

Being a celebrity it’s understandable why he didn’t tell a anyone. Although people don’t know celebrities personally they seem to have the most to say about them! Even if it’s untrue. The internet has made it very easy for rumors to spread faster than the truth.

Nevertheless Drake son his handsome and I’m sure he’s living his best life!