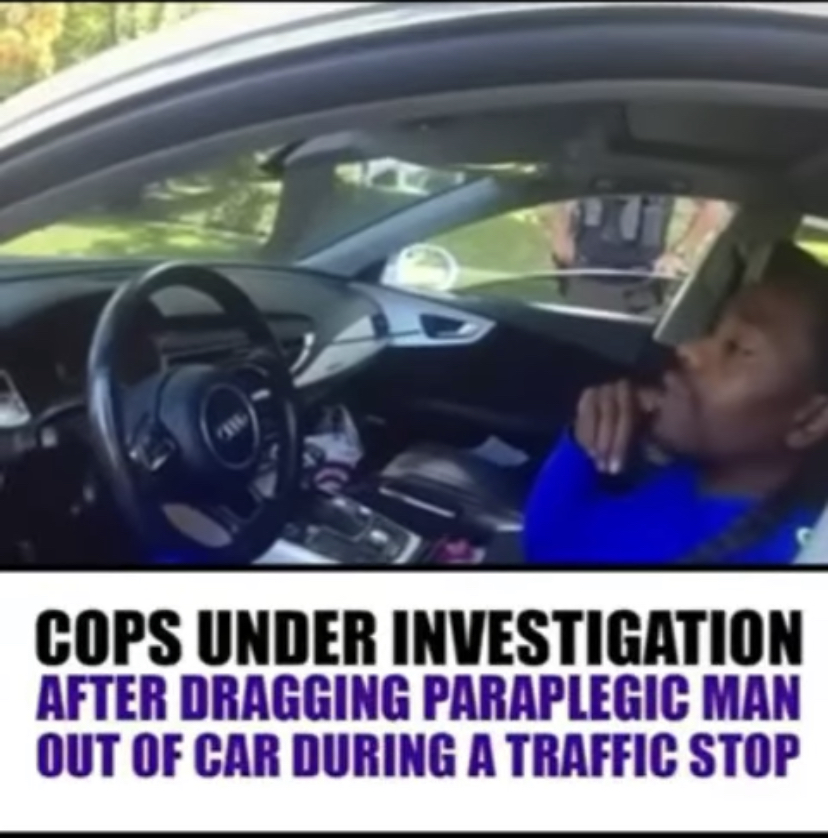 Every day the media gives me another reason to strongly dislike racist people especially cops! A body camera video has been released on a cop who pulled a paraplegic man out of his vehicle after a traffic stop.

The man was pulled over and asked to exit the vehicle so the could search it. The man stated multiple times he was paraplegic and and he felt safer if he could call for assistance. Please be advised this video may be hard to watch! The police officers pulled the man out by his jacket and hair! Pulled him to the ground roughly. They then dragged him to the police car. Video below

No drugs or weapons were found inside the car! The man wasn’t charged but both officers are still working. While under investigation What’s your thoughts?
thank you