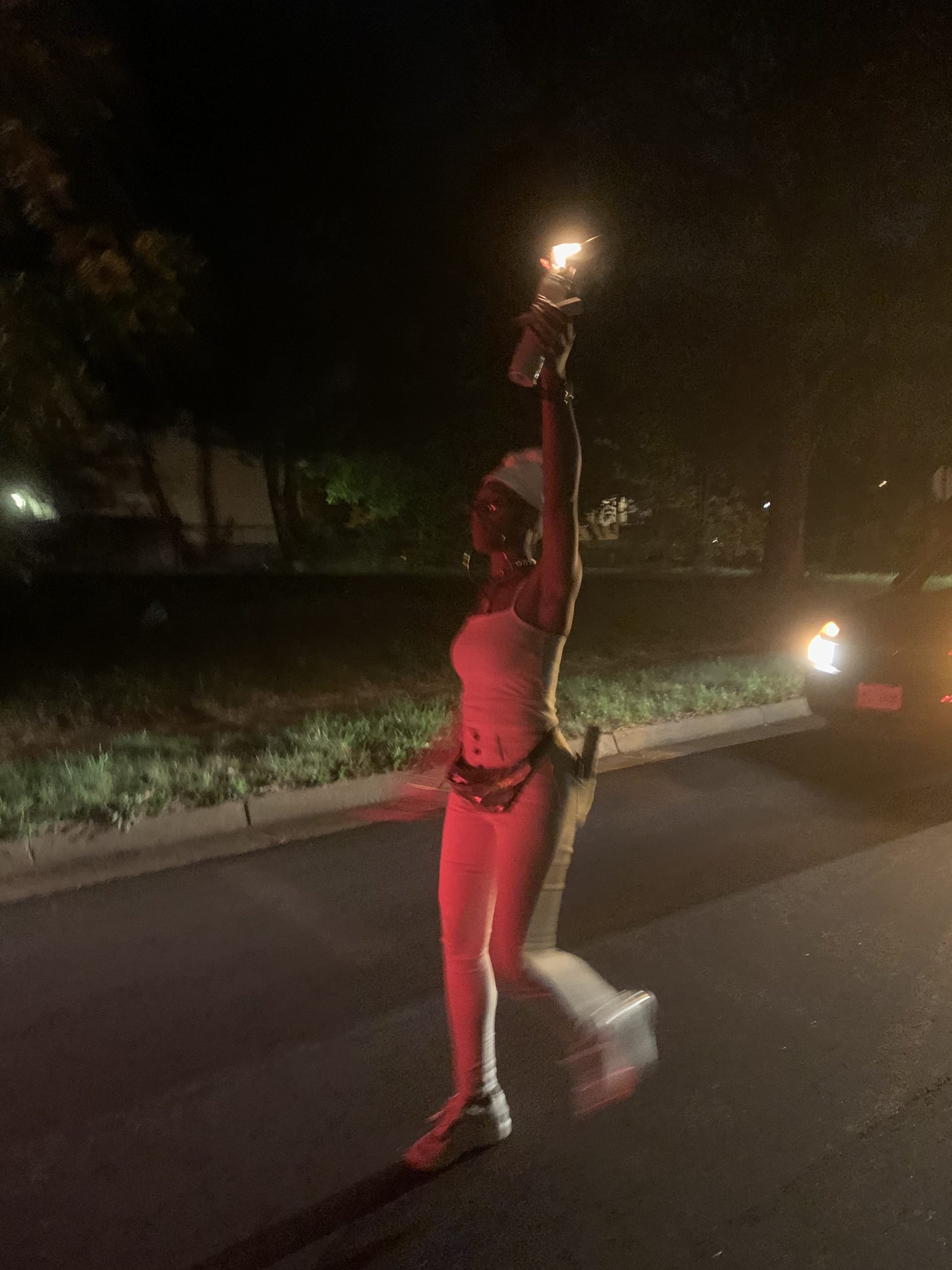 Dezzie Jay’s East Side Spiritual Walk turned out to be amazing! Since unfortunately Akron, Ohio has had so many unfortunate deaths Dezzie took it upon herself to cleanse Akron streets! One side at a time. This time we went East! Dezzie and Shawn another Activist in Akron gathered in Arlington plaza to sage our streets!

We lite our candles, incense, and sage. Created our plan, which was a little different due to children being involved. Dezzie had a driver in the front of us while the gurus walked in the middle protecting the children and a few cars following behind us.

The sage was thick and flowing! It burned bright (literally some was on fire) and the aroma filled the air. We walked while Erykah Badu and Lauren Hill played in the background. The children even created their own chants screaming “Black Lives Matter”! And letting the streets know our youths futures are important.

In certain areas we walked on Arlington the sage caught fire! The blaze of flames were bright and dancing. The smoke was heavy. That was the spirit letting us know we were felt, needed and welcome. The flames got so high we had to drop the sage and continue to walk. Of course we put the fire out before walking, but that fact it caught fire after being lit for a mile let’s us know what we’re doing was well needed.

The energy we received from the community was heartfelt. We ended up taking over two lanes on Arlington road by time we walked back. People honked in support of our walk. Some hopped out to walk with us! Two lanes of cars followed us honking and cheering in support. The energy we felt from the people who unintentionally joined was magnificent!

During our walk we stopped at a memorial for a young man “Shawn” who was murder on Arlington due to senseless violence. We prayed while his sister laid roses down. We lit candles and sage the space, praying his transition was smooth. He had so many people here who loved him, he left behind three beautiful daughters according to his sister.

As people drove by they recorded us, honked, through up their fist in Unity! Next Dezzie is taking on the North side of Akron! If you would like any information on the next walk inbox her, all are welcome no matter age, or skin tone. We had white people walking with us and tons of support from white people driving in cars. They would yell Black Lives Matter in support of the spiritual walk.

One thing that stood out to me were how much support we received! A White woman walked up to us almost in tears saying how she supports us and is sad about the killing our children in our community. People asked questions instead of judging why we were walking. The people joined in our walk by driving behind us! Not to many people drove around us!

Thank you Dezzie for the cleanse! Thank you to all the Brujas, light workers, healers, shadow workers and everyone who walked. We all know the feeling of losing someone we care about and we’re all tired of it! Until next time check out more pictures and videos below….