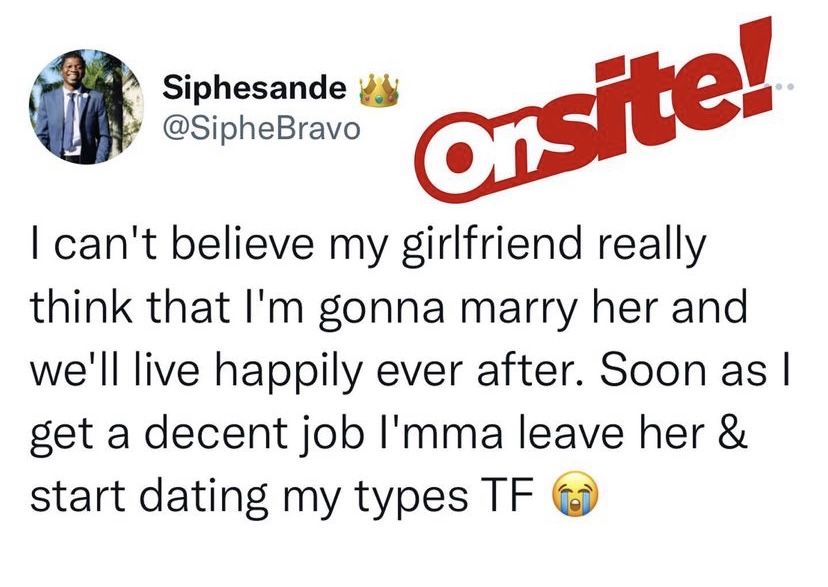 During my trolling today I saw a post off Onsite another blogger site and this post was interesting. A man went viral via Twitter because she shared with the world he had no plans on marrying his girlfriend.

He didn’t give details on how long the two were to together but from the tweets I implied that’s he’s doing okay but has plans to leave his girlfriend once he’s in a better position. According to him she’s not even his type! Check out the tweets below.

What’s your thoughts? Is he wrong? Should he just be honest now? It seems like he’s just allowing her to hold the girlfriend position until he’s where he wants to be in life. Do you think he’s using her?