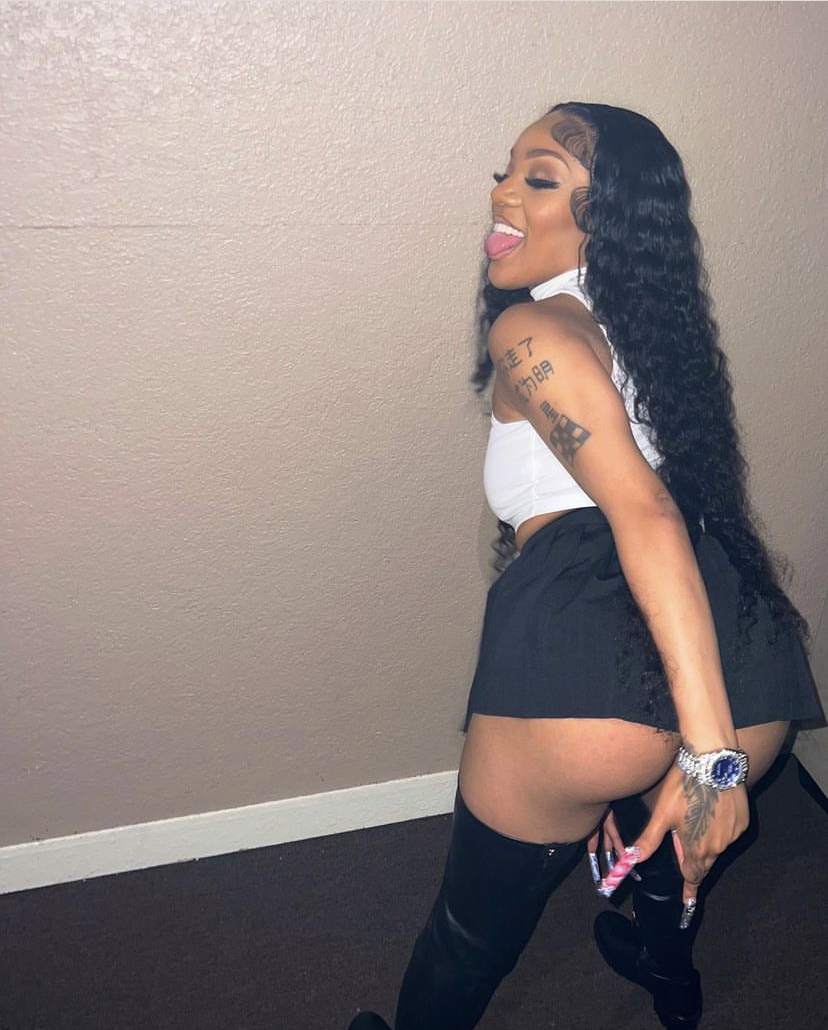 GloRilla put the the haters to rest recently! GloRilla got the City Girls going crazy this summer with her smash hit Fnf or fuck ni**a free! The anthem is up beat, a great twerking song and she talking that shit!

She recieves backlash (mostly from men) you know they hate to see women happy, having fun and living life! Many attemped to “remix” her song but the orginal is ALWAYS the BEST! Her song did numbers on Youtube, Apple Music and all major music platforms!

She started doing shows and getting booked like crazy! Her dreams finally came true. Unfortunately the more successful she became the more people hated. After she got her teeth done she was over the hatful comments and cleared the air.

Glorilla shared a picture of her on Instagram giving fans an insight on her come up! She let fans know her success didnt happen over night. She struggled, worked hard, put out music and FNF was her big break. She spoke on the obstacles she faced, long nights of crying because it seemed like nothing was changing.

Glow sharing her story shows her fans to never give up on your dreams. Stay consistent and work hard! One day you’ll get that moment, YOUR moment! No matter how much hate people throw they cant stop God’s plan! period When you time comes it doesn’t matter what any one thinks. Your unstoppable!

Check out her Hit Single FNF amd her new feature with Duke Deuce Just say That ( click the video and it redirect you to Youtube) Thanks Hopefully we can do a interview with her soon!