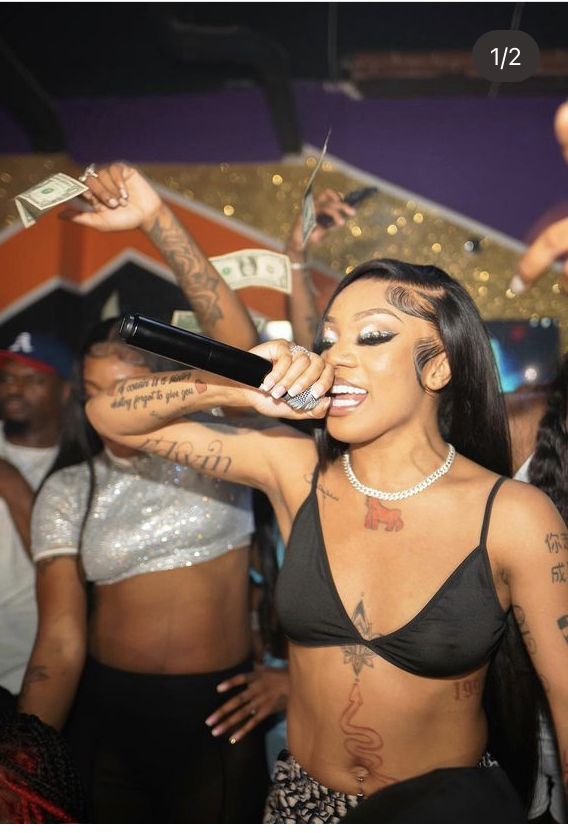 Happy Belated Birthday to Glorilla! Ms. FNF herself celebrated her birthday in the studio. She recently signed to CMG with Yo Gotti after her single toped the charts!

Glorilla is from Memphis Tennessee just like Yo Gotti. She blow up after her hit song FNF “lets go”. A summer banger for the ladys who aint dealing with a fuck boy! This was the perfect anthem for women who wanna go out have fun with a friends, be care free and shake some ass! Letsssss goooo! lol The song hit number one on multiple charts and Glorilla got the Recognition she deserves.

Many people think her success happened over night and she would be a “one hit wonder” but Glorilla stated she worked hard to get here. She even posted old videos so fans could see she been a great lyricist, with a different flow. Her and her ratchet ass friends are living the life now! Glorilla started off as a singer but lost her voice due to smoking and that’s when she transformed into a rap artist.

Happy birthday Glorilla and we wish you many more! You deserve everything you prayed for. Glorilla taught fans to never give up on their dreams, even if it take a while for others to catch on. When God says its your time it doesn’t matter who says its not! Nobody can stop God’s plan.