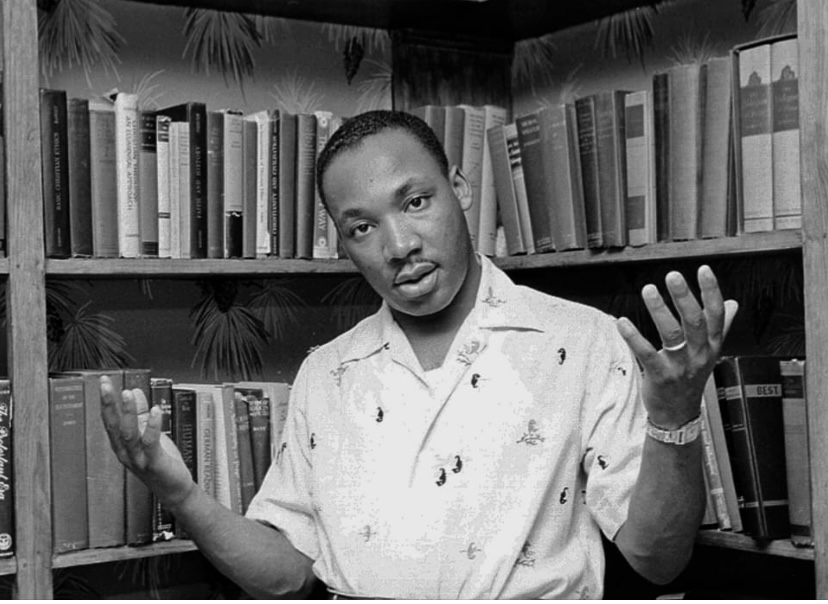 Happy Martin Luther King Jr. Day and happy belated birthday! Martin Luther King Jr. was an American Baptist minister and activist who became the most visible spokesman and leader in the American civil rights movement from 1955 until his assassination in 1968. He was born January 15, 1929, Atlanta, GA. He was married to the beautiful Caretta Scott King from 1953–1968. They had four children together Martin Luther King III, Yolanda King, Dexter King, and Bernice King.

Martin was a Civil Rights Activist and became a political leader as well. Martin was a natural born speaker, as he started off as a pastor. With the increasing racial attacks on African Americans Martin to his word to the streets. He’s most famous for his “I have a Dream Speech”.

With millions of supporters and growing by the day, he unfortunately became a target of those who didn’t want to see change happen in America. Martin had meetings with head politicians, and police Chiefs to fight for African Americans civil rights to be treated equally. His hard work did not die in vein! His fight influence change in how African Americans were treated. Separate but equal was no longer.

Martin endured horrible inhumane treatment. Martin and his people were attacked often. He’s been in jail multiple times. His life and others have been threatened, from people shooting at them. To bombs being used to try and kill them. Many people fought for equality! Being able to use the same bathrooms, go to the same schools, and eating in the same restaurant as whites were issues African Americans faced during those times.

Today we still have to right for our rights in America but it’s nothing compared to what Martin and his people experienced. We thank them for risking and giving their life’s so we can have better opportunities. We thank you for sacrificing your life’s for ours. Thank you! Martin was all for peace and no war until he meet Malcolm X.

Malcolm X was a Black Panther and Civil Rights leader as well. He believed we deserved equality but we would have to fight for it. Being peaceful wasn’t getting us far in his eyes. Black Panthers believe in protecting our people and creating our own police departments. During that time the police was (and still is) the (KKK) Ku Klux Klan. A white supremacy group who wanted segregation to be legal. They didn’t believe African Americans were equal, yet beneath them and needed to be controlled.

Main stream media won’t report it but these two were planning on working together. Martin was tired of being peaceful. Malcolm X enlightened Martin and gave him a new point of view in the fight for our civil rights. The two planned to come together and created a stronger union. Unfortunately after Martins “I have a Dream Speech” they were suppose to met up. The meeting never happened. The police was tipped off about the new collaboration and was in great fear of what could happen next. Unfortunately that’s when they planned Martin’s Murder.

Most of us know he was shot in his hotel room. According to reports they stated he died due to a gun shoot wound. This was false information. Martin survived the assassination and was suffocated in his hospital bed. Years later we celebrate and recognize Martin to be an influential person in the Civil Rights Movement.

Their hard work and dedication is the reason why we are free today. We thank ALL the Civil Rights Leaders who sacrifice themselves for the greater good of our people. We have came a long way since the civil rights movement. Thank you…