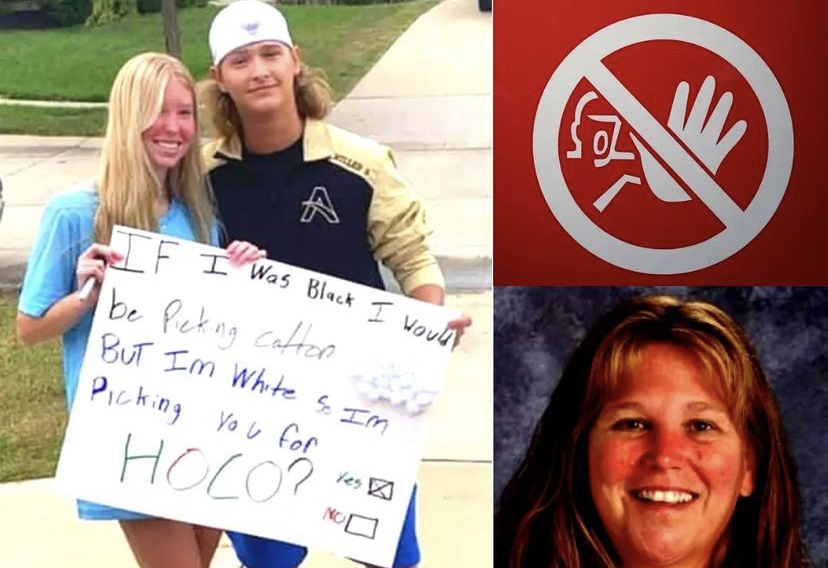 A African American young man from Olathe South High School is on temporary leave after speaking out on racial injustice. A white student created a sign asking a another student to their school dance. Cute right? It wasn’t the act of creating a sign that was disrespectful but what the sign said.

After receiving backlash Rhonda Windholz the mother of one of the white students went to the school to file a complaint. This resulted in the African American student to be banned for the rest of the semester. Here’s a screenshot from the original post explaining “why”

What’s your thought? Do you think the schools decision implies they support racism? Should the school be held accountable for discrimination? Check out their Instagram page for full story thank you