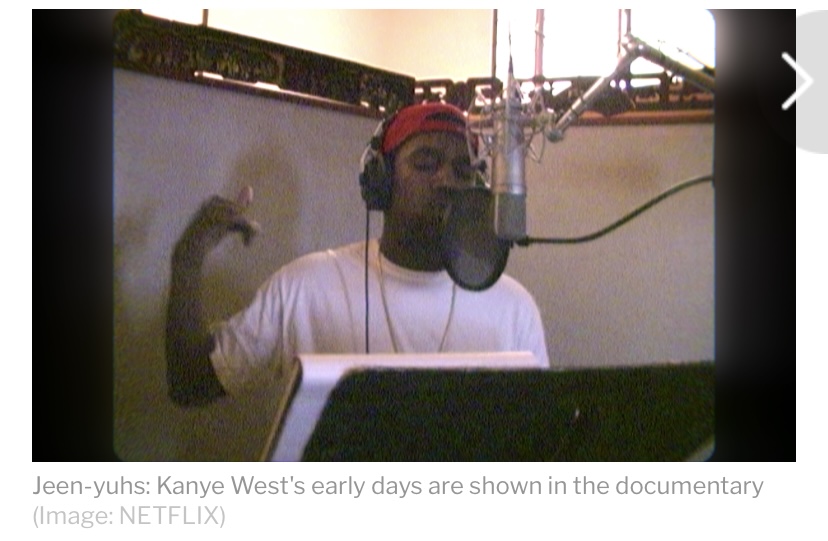 Jeen-yuhs A Kanye Trilog aired tonight on Netflix. Kanye West documentary shows the rise of Kanye West. The first episode aired February 16, 2022. Weekly episodes will take fans into the obstacles Ye encountered during his global  journey to stardom! Donda 2 will be released soon. His documentary shows how supportive and loving his mother was. May she Rest in Peace. Kanye’s mother believed in him and always encouraged his creativity. Speaking life into him always supporting his dreams. She knew he’d always be the change the world needs.

Directors of his new documentary, Coodie and Chike, recoded the life of Kanye before he had a name. Opening up on his journey spanning across more than 20 years, Kayne explains: “It was like God saying I’m about to hand you the world.” Kanye was seen as a producer in the industry and often was overlooked as an artist. Never giving up, creating opportunities for himself.

Kanye spit a Rhyme every time an opportunity presented itself. Still suppling beats to the biggest name in the industry. Doing radio interviews, being at the studio. Selling beats to one of the hottest upcoming artist Jay Z at the time. Kanye West produce the “Blueprint” album before the world know who be was. After hard word and determination he was signed to Roc A Fella records. One thing that stood out was a part where he said Jay Z was more than a artist, Icon and mogul.” Kanye saw Jay Z potential and look at them now!

Kanye West’s documentary was a great episode. Taking a look into the mind of a Genius. Many time Kanye addressed himself as such. He spoke life into his life. Always saw every situation in a positive perspective. He was determined to be extraordinary. Before he had the lifestyle he spoke it into his life and worked until everyone knew he name.

Everything hes been saying for YEARS will finally be understood. Go stream the documentary on Netflix nowClick the link to watch the trailer