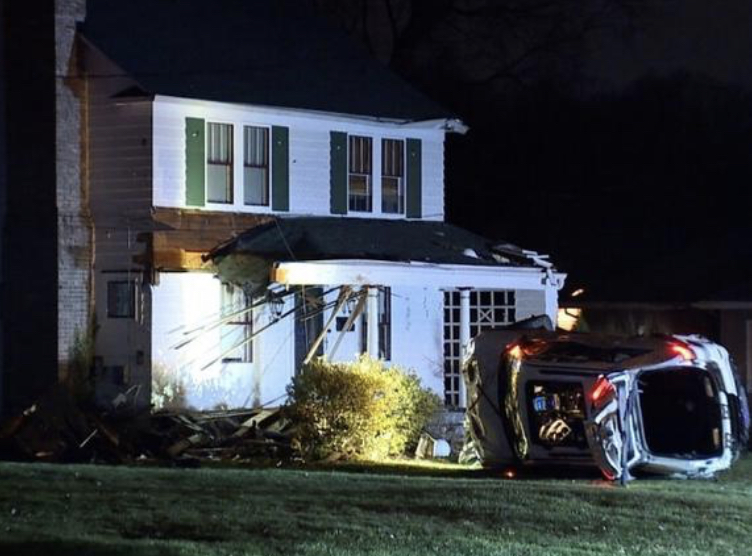 “The house was occupied, but no one inside was injuried.

The teen from the car was taken to Akron Children’s Hospital with non-life threatening injuries. The 25-year-old’s condition is unknown at this time.

Officer recovered at least four bottles of promethazine syrup and nearly 200 grams of marijuana in the SUV, according to Akron police. Promethazine syrup, which is used to treat allergies and cold symptoms, can be a key ingredient in the drug “sizzurp” or “purple drank.”

The crash remains under investigation.

Thank God no one was hurt. As far as we know no one was injured. The driver and homeowner are okay. According to reports

“The front of an Akron house was heavily damaged on Thursday after a Jeep hit a pole and traveled through the front yard of a home on Hawk Avenue, according to officers at the scene.

A Jeep Trackhawk was traveling southbound on Hawk Avenue from Eastgate when it hit a utility pole and entered the front yard.

The Jeep continued through a front yard and hit a raised driveway and launched into the air, crashing into the second story gutter before it fell through the front porch and onto its roof in the driveway of another house, according to neighbors and police who spoke to News 5’s overnight news tracker at the scene.”