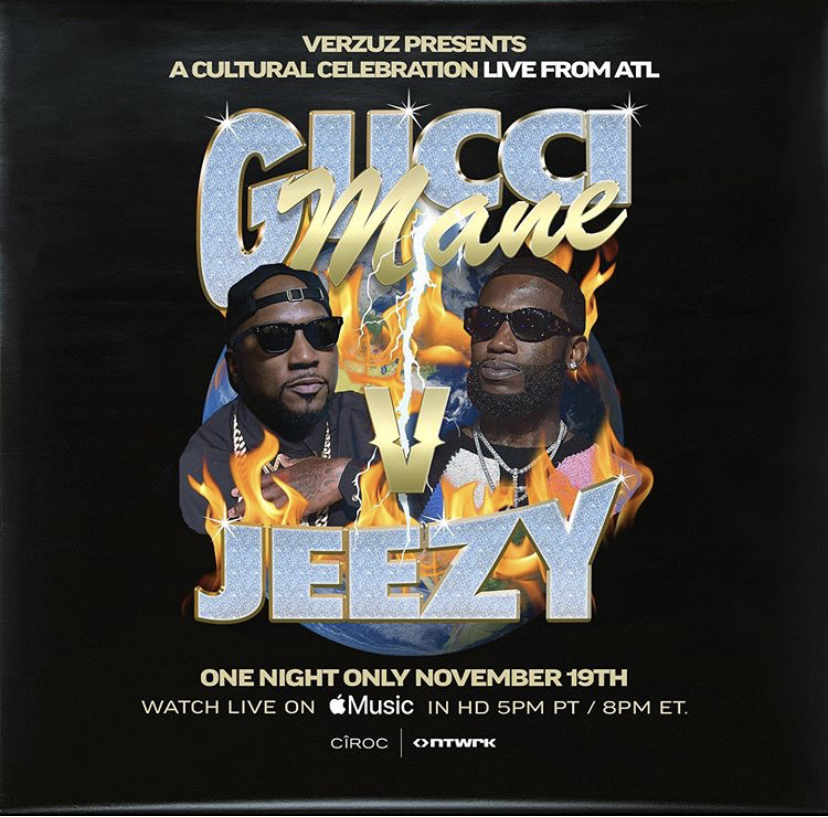 This is for the culture! Jeezy and Gucci will go head to head in Verzuz battle! Jeezy recently did a interview and revealed he originally wanted to do the battle with Gucci, but he declined. Now it’s on! Gucci posted the flyer on his page!

The show will be live in Atlanta. These two have had some “beef” in the past so the fans have been waiting! Once it was announced Jeezy would battle TI the people demanded Gucci. The fans got what they wanted! Including me!

Both are Talented artists. They both are legends in the game! This battle is history for sure! Let’s just pray both gentlemen act as such! I don’t think either will start a fight or anything.

Both have grown as men over the years. Gucci is married with child. Jeezy is engaged. The fans can’t wait to hear all the great hits! Both artists have some fire classic. Anyone watching know it’s about yo be turnt! I’m happy this battle is going to happen! This one for the hood right here! Lol

November 19th is going down!