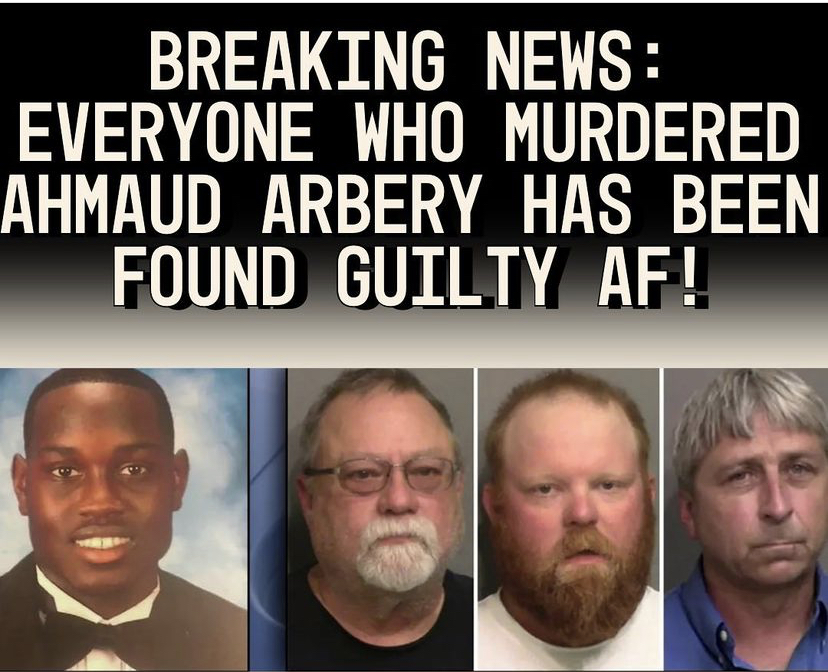 Justice for Ahmaud Arberry has been server! Tears of joy from his father after hearing the verdict and hugging supporters in the court room. Ahmaud was a African American (Black) man taking a jog in a predominantly white neighborhood. The inhuman murder occurred in February 2020 in Georgia Port City.

Greg McMichael and his son Travis McMichael saw Ahmaud running down the street grab their guns and started following him in their pick up truck. William Bryan saw his neighbors and hoped in his truck and recorded the whole interaction. Greg yelled at Ahmaud not to walk towards them and during the video you heard gun shoots.

The jury deliberated for 10 hours on this case. The prosecutor did not argued that this murder was motivated by racism. The federal government did however charge them with a hate crime proving the motive was due to race. The jury got to listen to the 911 call and the video. The murder video was leaked two months after the killing. Officers immediately arrested all three man once it was discovered.

All three men are guilty for murder! The judge will not decide how long they will serve and if they’re eligible for parole in the future. Prayers to the Ahmaud family, he didn’t deserve to be gunned down for running. As black Americans we’re judge based off our skin tone. Many have died unfortunately because of it. We live in a Country based off racism. I’m praying in due time we can all live peacefully amongst one another without judgement. Prayers to family.