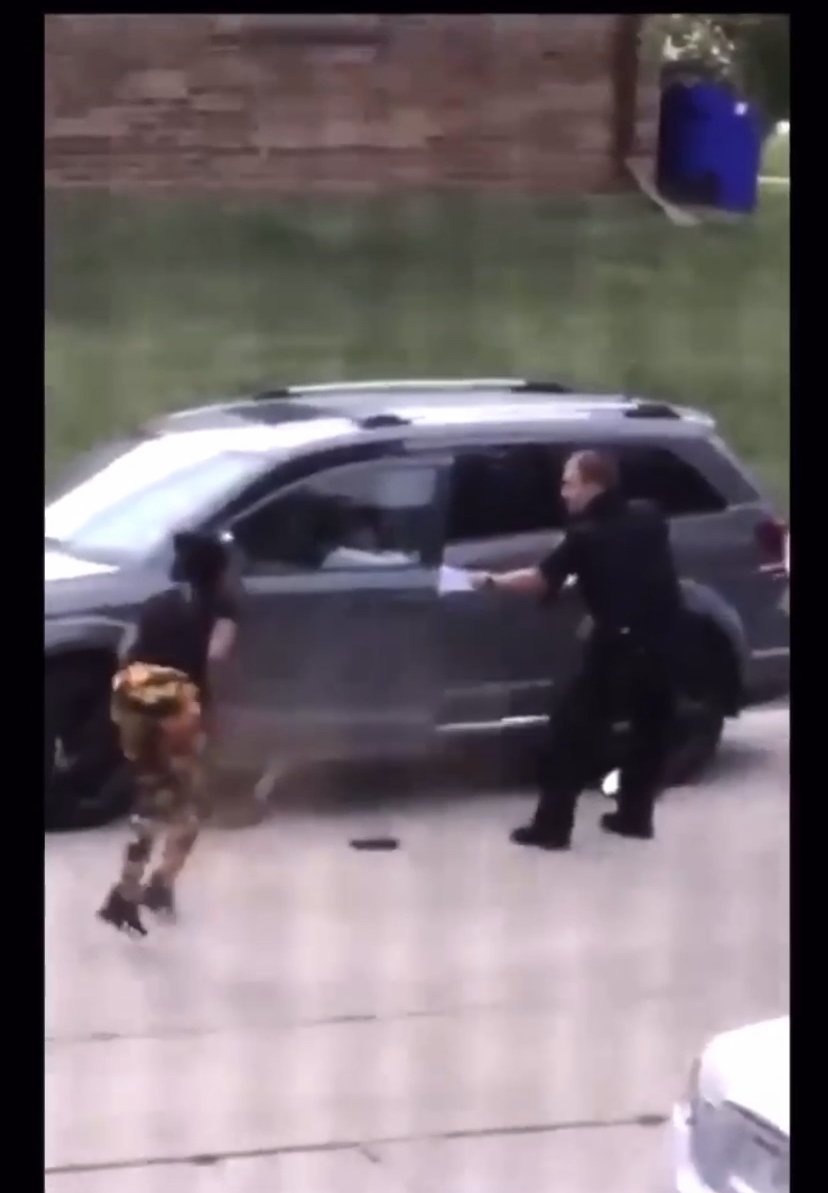 Jacob Blake is now paralyzed from the waist down. Protesters are still marching in the streets! Police and National Guard are trying to contain the people. The protest is not peaceful. Businesses are being burnt down. Tear gas from Police are thrown into cards of protests.

Prayers are in order for Jacob Blake! He’s currently in ICU fighting for his life after being shot by Police! I was trolling on social media and came across a disturbing video! Upon my investigation i found out that.

Jacob’s three children were in the back of his suv during the shooting! His children witnessed him being shot! They will be forever traumatize by this unfortunate event!

Jacob Blake, was taken to a Milwaukee hospital where was being treated for his injuries and officials said he was in serious condition.

Wisconsin state officials are investigating the incident and could have findings completed within 30 days.
In the video you can see officer holding on the Blake by his shirt, guns already draw. They fired multiple shots at Blake! You can hear bystanders yelling to the police “you better not shoot”! What officers didn’t know was someone was recording the whole event!

Protesting started soon after the video was released! People are standing up to police and burning down buildings! People are in a outrage!

Prayers going out to Blake and his family! Especially him and his children! No children deserve to witness their father being shot!

A call to actions is happening now via social media. People are asking everyone to call the Wisconsin attorney general’s office and demand justice for Jacob Blake!

Justice for Jacob Blake and peace during protest is what the Blake family is asking for. People are so angry and tired of the excuses! People want police to be held accountable for their actions. Black Americans are dying at a higher rate in multiple communities. It’s time for that to change. I’ll keep everyone updated on what happens next…