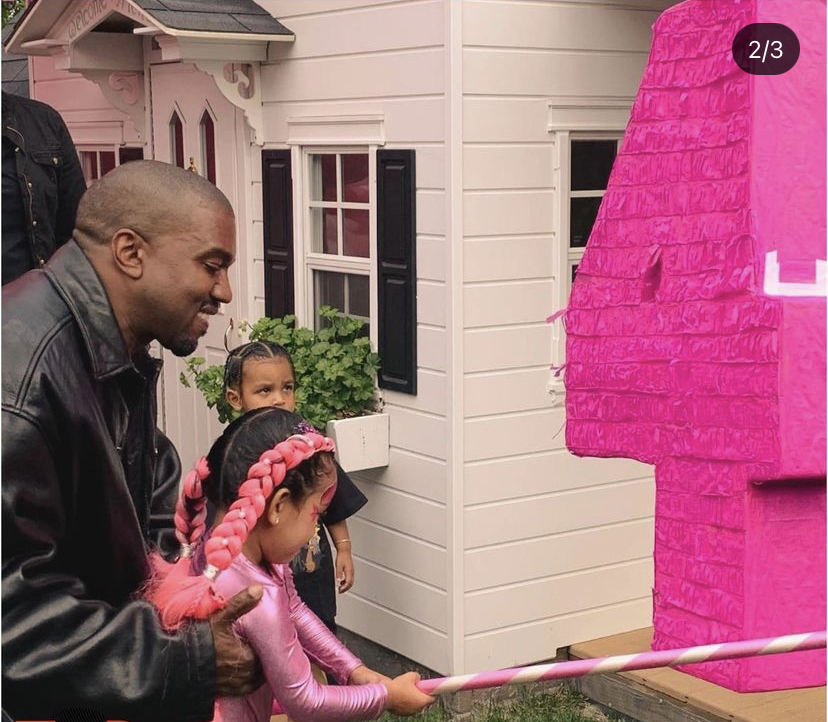 Kanye West thanks Travis Scott and Kylie Jenner for telling him the address for Chicago’s 4th birthday party. He went live today and told fans Kim Kardashian would not give him the location of their daughters party.

Well Travis Scott end up texting Ye the location so he could be there! Big shoutout to Travis! Once he arrived though security wouldn’t let him in. That’s when little sister Kylie told them he could enter. Shoutout to her as well! Him and Kim are separated right now. And haven’t agreed on their co parenting situation yet.

After the party he went live to thank them both! He really wants to be apart of his children’s life despite their separation. And from the pictures they had a great time. Thanks Travis & Kylie for stepping up and allowing him to come. Hopefully Kim isn’t to pissed at them. Ye wants to be a father and he deserves to be there. Recently he purchased the house next door to Kim. In an interview he said it was for the best interest of his children. Hopefully they work it out and come to an agreement.