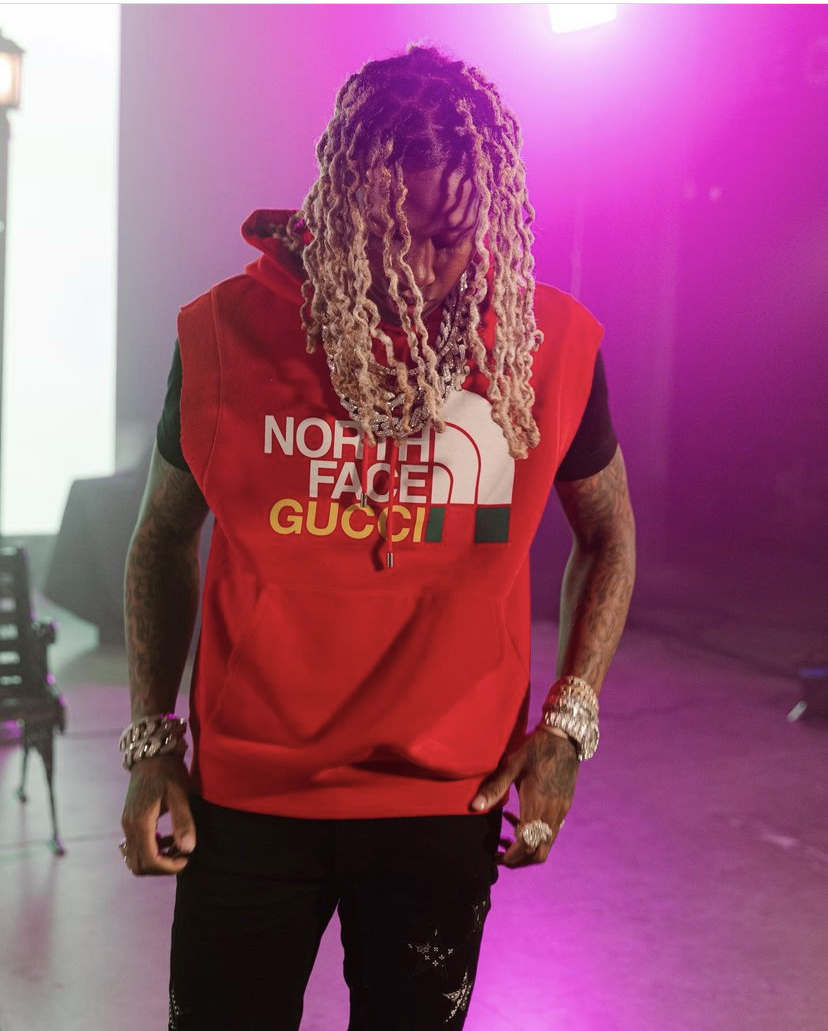 Lil Durk always working! He was recently on the set of his new music video. The background of his video showcased a picture of the late King Von and D Thang.

Lil Durk is always expressing his love for his family and friends he’s lost. Especially since Young Boy has made a dis track about King Von. The whole beef caused King Von sister and YB’s child’s mother argue via twitter.

Durk is always in the studio or making new videos. He just released a video with Gucci Mane. Check the full video of “Rumors” out now