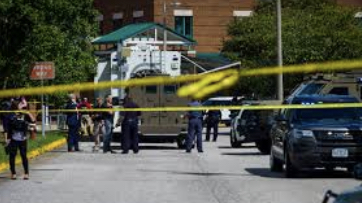 A massive school Shooting occurred today in Oxford, Michigan. The shooting suspect, a 15-year-old sophomore, was taken into custody at about 12:56 p.m.without incident, said Oakland County Undersheriff Michael McCabe. The suspect is from Oxford Township, he said. ( Fox 5 Atlanta news)

The shooting left three people dean and eight people injured. Prayers to the families who lost their children to his horrible tragedy. According to reports

Savannah, a 17-year-old student, said in her classroom, she received a text from her boyfriend saying that something was wrong.”
To read the full store click the link below…

Our deepest condolences goes to the family’s, the Students and the school. There no word on what cause the 15 year old to open fire but I’ll keep everyone updated as the investigation unfolds.