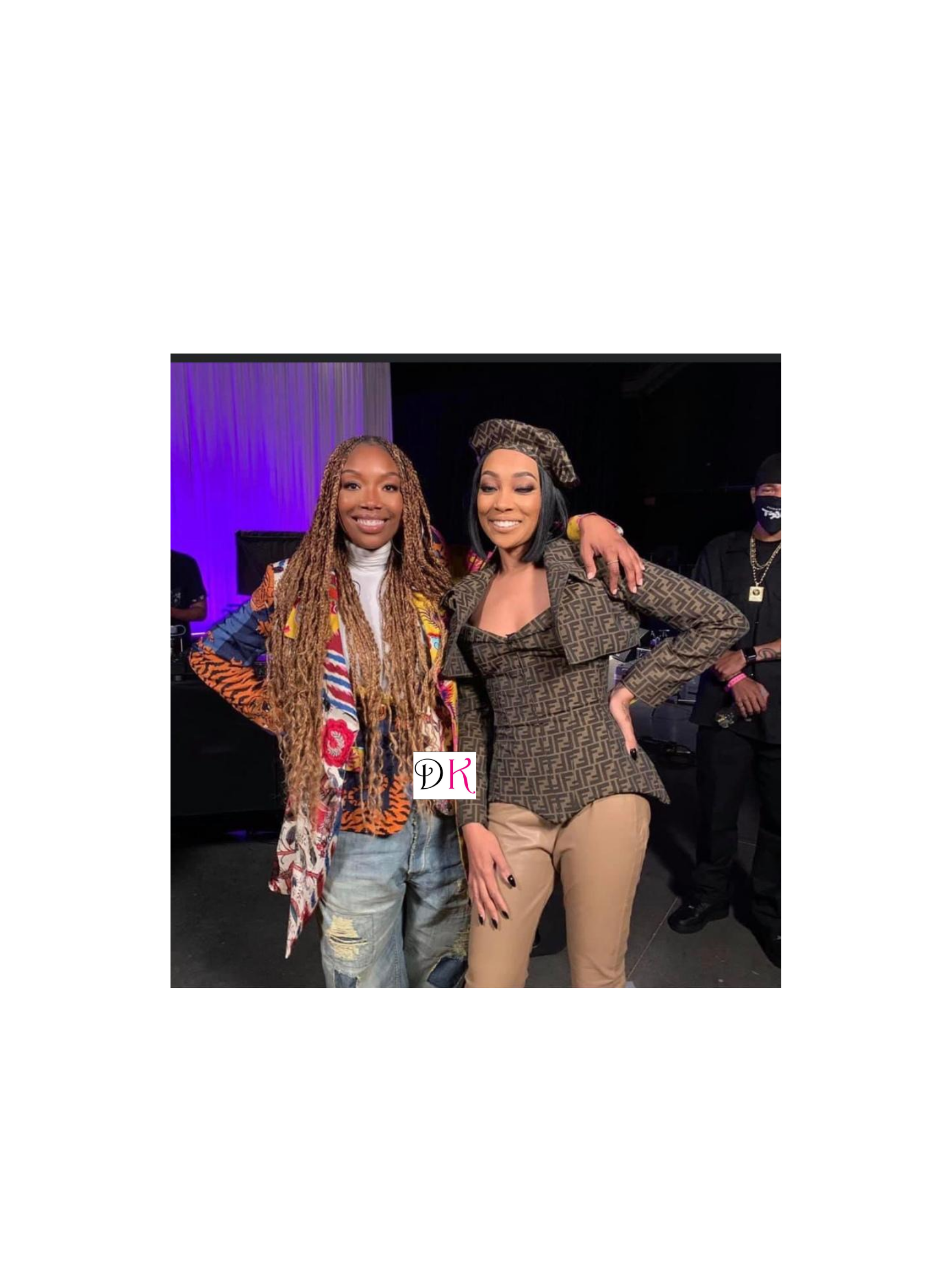 Monica and Brandy came together tonight to do a legendary battle! Verzuz Tv battle live via instagram, Brandy and Monica made a hit song “The Boy Is Mine” back in 1998 but later fell out. The two had an altercation back stage at an award show and reporters claimed Monica punched Brandy in the face!

During the show the two did say they had a conversation about their past issues and resolved them. Brandy played some great hits such as “Sitting in my room”. And everyone’s favorite “Missing you” off the “Set it Off” sound track!
She sang live as well during a transition to the next song! Her voice is beautiful.

Many people loved the vibes but saw ALL the shade! Brandy ask Monica to come on tour and she kept brushing her off! I personally saw Monica’s facial expressions and honey they told it all!
Brandy told Monica “we’re a group” Monica response was “No we not” lol it seem like Brandy wanted to make them come off as friends but Monica wasn’t having it! You can tell this was business and not personal.

Monica played multiple hit, like “Love all over me”, “Angel of mine”, “Knock Knock” and so much more! Monica took this one hands down! Brandy did good as well but I have to give it to Monica. Both lady’s are very great vocalist. They both can sign live and they kept everyone entertained. This was one of the best battles! Monica started signing live when she played “Side line hoe” she can still hit them notes!

Brandy came off as if she was trying to hard. She wanted Monica to sign with her. She even asked her to go a tour. You can tell Monica was over her! Even when she played “The boy Is Mine” Monica barely sang her part! We thank them both for the show! They made history and came together for the greater good! They held over a million views for the entire three hour show! Who y’all think won? You can watch the show on YouTube if you missed it.

The internet is undefeated! So Brandy was readying poems before playing some of her songs and this is a meme they created. Monica was keeping it classy but her facial expression told it all. Lol watch the whole show and tell me what y’all think!