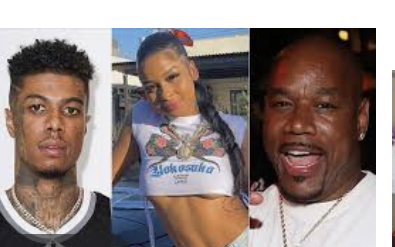 If you keep up with the blogs then you know Wack ( Blue Face’s manger) recently tried to put out Chrisean. She was on Blue Faces Bad girls club season one and made a great impression on Blue. Her talents got her signed to his label and the two were allegedly dating!

Chrisean recorded a song and it did pretty well. Blues on season 3 of his bad girls club and one of the lady’s confirmed Chrisean did leave there. She states other house mates said she popped up on more than one occasion asking for money and weed.

She also opened up about how the “ security” is very rough when handling the lady’s. It’s unclear why Wack wanted her to leave the home. Her belongings were already gone prior to her going live. Making her look like a lair to the police. Check out the video below

What do you think? Is the relationship over?