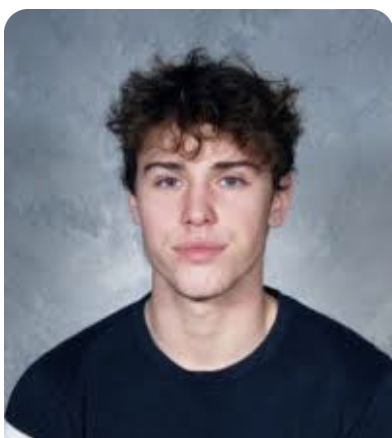 Prayers and our deepest condolences to the Liming family and friends. Akron police are looking for tips thats could lead to an arrest. Unfortunately 17 Ethan Liming was beaten to death June 2, 2022, while playing basketball with friends. An altercation broke out and Ethan was beaten to death.

Prayers to his family, friends and everyone who loved him. Akron police department released new information in his case. According to Akron Police Department’s Facebook page: the update reads as following….

“In the days since the untimely death of 17-year-old Ethan Liming on June 2, 2022, detectives have worked around the clock in a collaborative effort to identify and locate the persons responsible for this senseless tragedy. During the early stages of the investigation, detectives conducted numerous interviews and obtained and evaluated scores or related evidence. Investigators continued to follow up on leads and tips already provided by members of the community.

Based on the preliminary findings thus far, detectives know that in the moments leading up to the incident, one or more occupants in the victim’s vehicle were riding around the surrounding area shooting a SPLATRBALL Water Bead Blaster at objects and possibly unsuspecting people. A short time later, the group of teens pulled into the property at 400 W. Market Street and drove in the direction of the basketball court. The teens then appeared to have targeted or approached the subjects who were on the court and fired the gel soft gun at them.

The collective actions of the teens in the car appear to have unfortunately provoked the altercation.

The SPLATRBALL Blaster (pictured), and other pieces of evidence, were recovered from the scene.

While these actions appear to have played a role in the incident, investigators do not believe the attack or the murder were remotely justified.

Additionally, there is no evidence to this point, to suggest the incident was in any way, racially motivated.

Akron Mayor Dan Horrigan adds, “Ethan Liming was a young man with a full life ahead of him, and that bright future was senselessly taken from him in the most brutal of ways. This type of violence in our community has ripple effects that touch each person, including myself, in profound ways, and I know the city of Akron is in mourning because of this tremendous loss. I want to express my sincere condolences to Ethan’s family, friends, teachers, classmates, coworkers, and everyone whose life was touched by his light. There is no justification for this murder, and I implore anyone with information to please come forward and help Ethan and his family get the justice they deserve.”

Chief Mylett adds: “This incident is yet another senseless loss of human life in Akron. Ethan Liming did not deserve to lose his life on Thursday evening. We mourn his loss and grieve alongside the Liming family and all those Ethan touched during his 17 years of life. As with every homicide in this city, the Akron Police Department will follow every lead and do everything within our power to bring the suspect(s) to justice.”

Ethan’s family has been on facebook asking people with courage to come forward and help solve his case. Ethan went to Firestone High school and played on the basketball team. Family, friends, students and staff came together for a candle light. We pray they gets justice. Its sad to report, our children should be able to go to local parks and not worry about being attacked.

Prayers. Of you have any information please contact Akron Police.