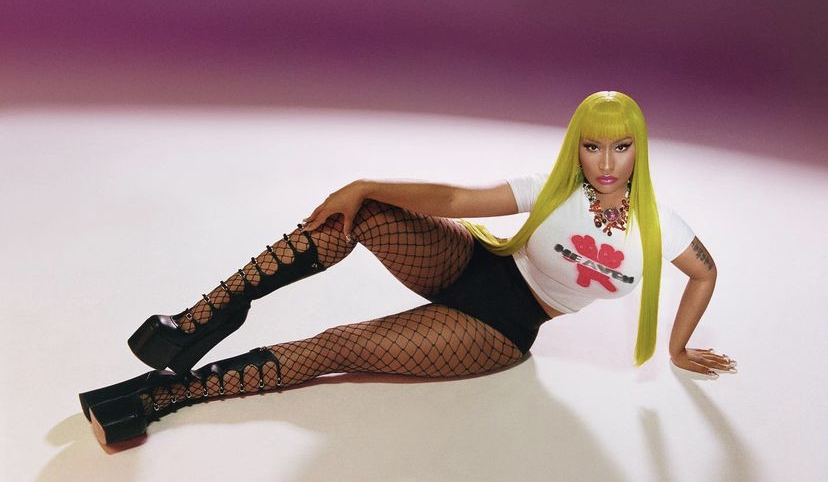 Nicki Minaj’s interview with Joe Budden aired today. Nicki Minaj reflects on coming into the rap industry. Nicki sat down and open up about EVERYTHING with Joe Budden. Joe and Nicki both were coming up around the same time and the two decided to sit down and reflect on the Culture. “Pink Wig thick Ass”.. was a Nicki Minaj thing but soon became apart of the female rapper starter kit. Every female rapper will wear a pink wig at some point in time in their career. Nicki and Joe spoke on her Influence on the Rap Culture. From her looks, to hair, clothes and more. She also gave Lil Kim her flowers saying Lil Kim had a great impact on the Rap Culture as well. Nicki stated Lil Kim and her should have been on the cover of US Vogue Magazine based on their musical and fashion influences.

Is Nicki Minaj the blue print to being a female rapper? Joe Budden says everyone had their run but Nicki created longevity. One of her goals is to retire as a music mogul. Nicki talked about missing out on family functions for work, if it was worth it. They touched on the growth and change of the Rap Culture as as whole. How she learned to living in the present and enjoy life.Joe Budden wanted to know with such as busy schedule if she makes time for herself. Nicki says she’s always been the type that was okay with spending alone time with herself, in her own space. “I never was the club type”…. Joe asked Nicki wonder questions regrading her career, music, family life and what does she think it will take for her to reach mogul status.

The interview was overall was great. Nicki’s influence on the Rap Culture as a whole is the PINK PRINT. Nicki is a artist who can not be defined. She told us years ago to stop trying to box her in. In her song “Fly” with Rihanna she said she could never limited in her craft. She’s not just a female rapper but an artist. put Nicki on the track with the best of them and she’ll kill it! Reflecting on the younger self to where is now. Rebranding herself, post baby. How she had writer BLOCK and that why she wasn’t releasing music. Creating her own weave and not jumping on every trend and becoming FACELESS. Creating longevity and keeping their identity. Watch the full interview below. Make sure you like and subscribe to our news letter. Follow our Instagram DeAnna_kay1.

Nicki Minaj has so much in store for herself and her fans. Nee music, Movies, new business ventures and much more.