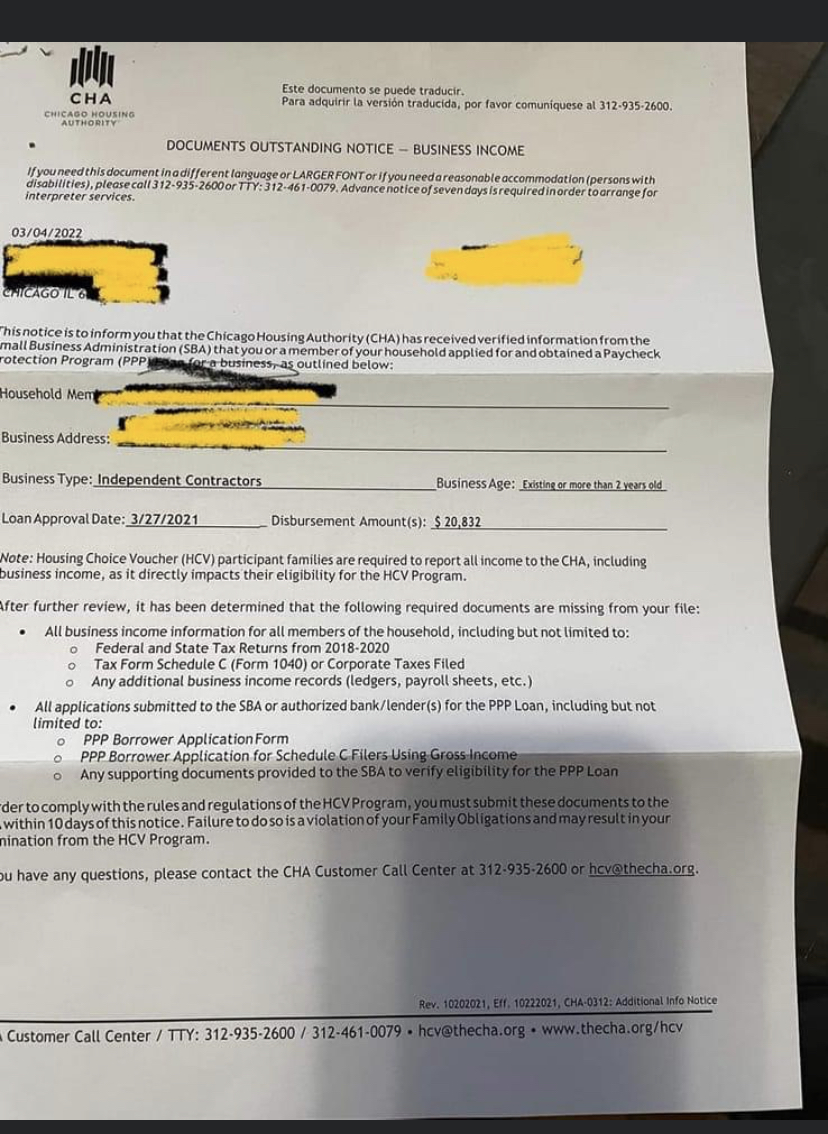 PPP could be sending People to Prison honey! A few weeks ago i reported President Biden was creating a task force to review PPP business. You can click our ”Government” tab at the top of the page. So fast forward to today. I was trolling this morning and stumbled across a post regrading PPP loans!

The PPP task force is out investigating claims for people who stated they have a particular level of income to qualify for the loan.

In some cities If you have public housing & received a PPP be watchful for a letter like this soon.

If you participated now is the time to get your house I order. Don’t blame people and say I didn’t know. Ignorance doesn’t fly in a court of law.

People who received $20,000 that means they reported making at least $99,999 the previous year. Now the housing authority is now trying to figure out why they didn’t tell them about the money or the business.

Biden said he was coming for the PPP people he did not lie, and of course, he started in the low-income sector. He will be locking up a lot of his supporters.

The government gave money to loddie doddie and everybody. For months they allowed people to state what their income was without any taxes.

When the administrations changed Biden people started individual case file audits. The government gave the money and they will not lock themselves up.

Now the Attorney General has appointed a Black man to prosecute people who received loans illegally.”

Above is the page I got the information from. If it doesn’t apply then let it fly! Ill post an official update from officials on what they plan on doing next.