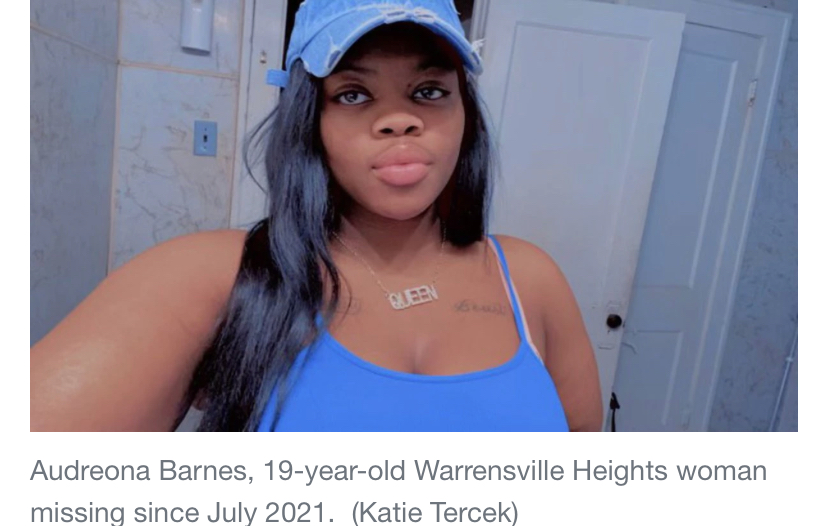 Barnes, 19, was reported missing to Warrensville Heights police in July 2021.

Prayers to Audreona Barnes a 19 year old Young women who went missing has been discovered. According to reports at WOIO she was found dead. The reports read….

CLEVELAND, Ohio (WOIO) – The Cuyahoga County Medical Examiner’s Office confirmed that a body discovered Thursday on an apartment balcony in the 4300 block of Warner Road is 19-year-old Audreona Barnes.

Barnes was reported missing by her family in late July 2021, and Warrensville Heights police had been investigating her disappearance.

Family members said they hadn’t received any phone calls or other forms of contact since she went missing, and that her phone and social media accounts had been deactivated.

The medical examiner did not list a cause of death in their report. Barnes’ body was found in Cleveland, Cleveland police are investigating, but have not yet released an official statement.

THIS IS A DEVELOPING STORY…..
Orginal Story from: