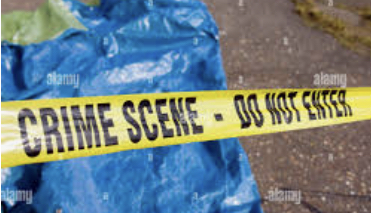 Updated: The women had been identified as Tina Case. According to police reports the suspect knew Case and may have waited for her to return home before ambushing her as she pulled into the driveway. Police were quickly able to identify a person of interest but they are still actively looking for that person.
According to a new report from Fox 8 Cleveland News:

We’re getting justice for my mom,” said Danielle Case, Tina’s daughter. “We’re coming and justice will be served. It wasn’t your place. It wasn’t for you and you took advantage.”

Case’s daughters say their mother was so kind and genuine and didn’t have any enemies. They say they were shocked to hear the news Thursday night and now their lives have been turned upside down.

“We’re definitely devastated,” added Gabriel Case. “We lost our world. This is all we had and now we don’t know what to do right now.”

“She was the funniest person,” said Gabriel Case, Tina’s daughter. “She was the sweetest lady and she was so genuine. People loved her spirit.”

Players to the case family

Prayers to the family of the woman who was found in her drive way deceased due to multiple gun shoots. Her identified has not been released yet, prayers to her loved ones.

According to News Cleveland 5 NEWS

A 50-year-old woman was found shot to death inside the driver’s seat of a vehicle on Koerber Avenue in Akron, according to the Summit County Medical Examiner’s Office.

Officers responded Thursday at 10:50 p.m. to a shots fired call to a residence in the 600 block of Koerber Avenue in Akron.

Officers found the female victim in the driver’s seat of a vehicle parked in the driveway with multiple gunshot wounds.

The Summit County Medical Examiner’s Office will provide an update once positive identification has been made.”

This story is developing and will be updated when new information is available. Prayers to her family….