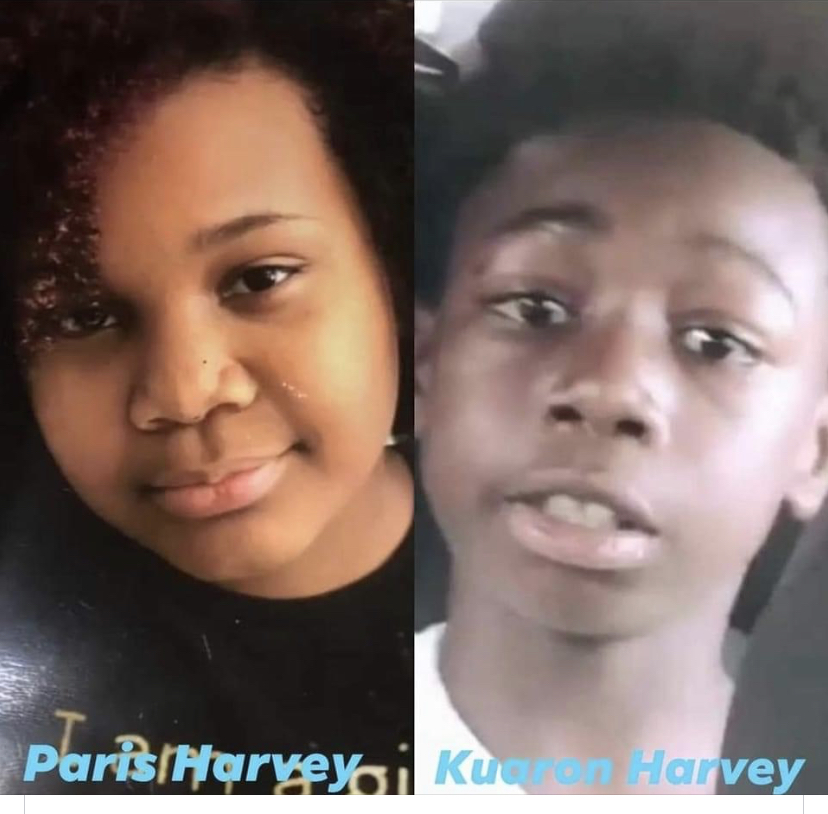 Prayers to the Harvey family. Tonight it saddens me to report the accidental shooting/ suicide. According to reports:

“ Paris Harvey, 12, shot her cousin, Kuaron Harvey, 14, at the Cupples Station Loft Apartments in the 1000 block of Spruce Street, the St. Louis Metropolitan Police Department said. Officers responded to the apartment building around 2 a.m. Friday, where they found both children dead from gunshot wounds. Paris’ mother, Shanise Harvey, said she let her daughter attend a family party to celebrate March birthdays. “Everybody was getting together to celebrate, and so the younger kids, they got a bed and breakfast,” Harvey said. “They were making a video, and (Paris) was playing with the gun, but it went off and hit him.

“While police characterized the incident as a murder-suicide, Harvey provided this account. “(Paris) dropped the gun, and it fell, and it went off to my knowledge. And then when she picked it up, she picked it up by the barrel and it went off. That’s all I know … It was not a suicide. It was just a freak accident.” Family members said the shooting was broadcast live on Instagram “

Prayers to the Harvey family. This story is still developing.

We send our deepest condolences