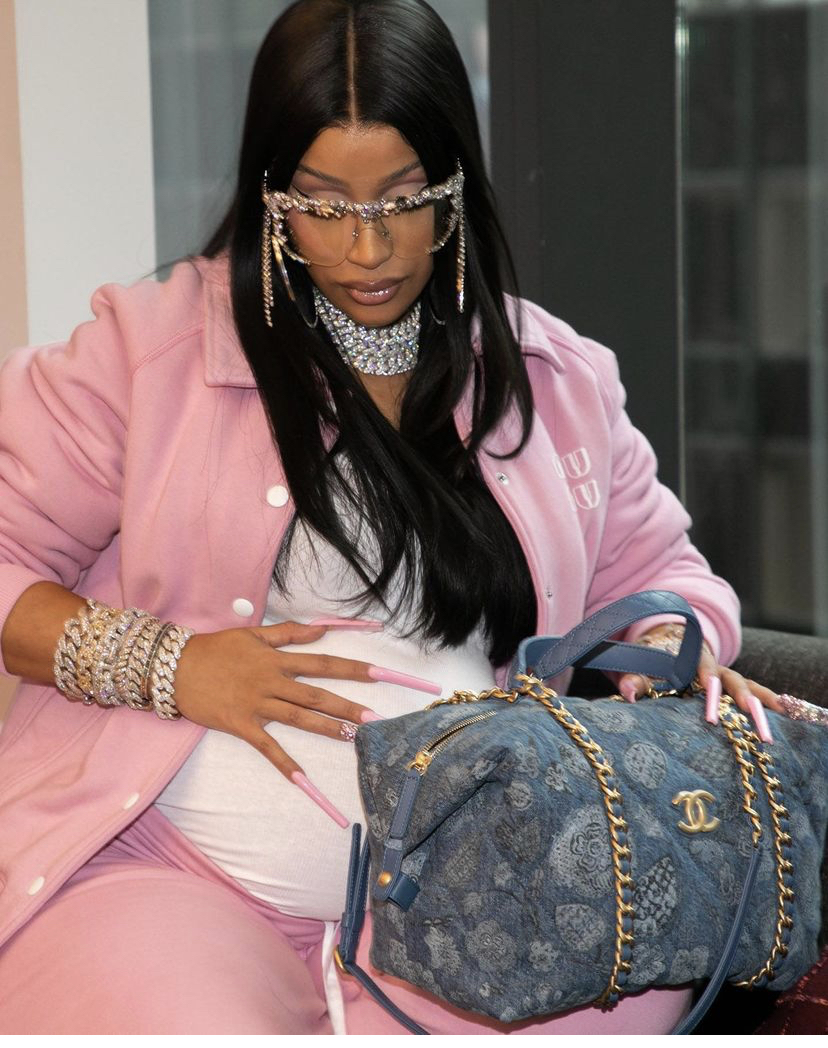 Cardi B is glowing! Baby number two is giving her a great glow. Her and hubby OFF Set took a few loving pictures and posted them on her Instagram.

The loving couple announced their pregnancy during her performance. After she preformed in a “heavy gold” outfit Cardi received a lot of criticism for giving a “poor performance” critics said she lacked energy. They felt she didn’t do the whole dance routine . Now I told everyone she was pregnant! And boom month’s later they announced it. I believe people owe her an apology.

The two should be expecting very soon! She about due! No word on what’s the sex of the baby but as long as he/she is healthy! I’m sure they’ll be happy. Congratulations !