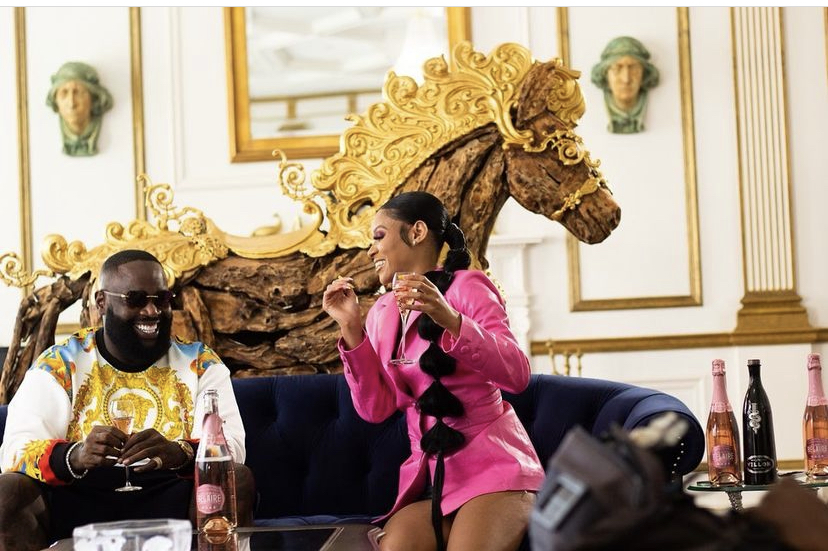 Pretty Vee is a well known comedian. She stars of Nick Cannons Wild ’N Out. She also recently launched her own products in Citi Trends Stores. Well a few weeks ago she stared in Rick Ross commercial for his BelAir Champagne ad! I said back then the two were dating but either confirmed or denied it!

Honey Pretty Vee did an interview and spilled the tea! They were sipping on BelAir, and Vee metioned how they should have some Wing Stop with their drinks. If you dont know Rick Ross is actually the owner of the Wing stop franchise. When asked who was her love interest Vee said he was “older”. ummm huh

And if you need more Proof check out these screen shots Rick Ross all in Pretty Vee’s comments!