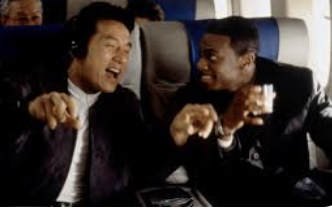 Rush Hour 4 will be coming out soon! There no actually release date but Jackie Chan and Chris Tucker let fans know via Instagram the movie is in the making!

It’s been years since the last Rush Hour movie. Rush Hour is about two cops from different places working together on top assignments. Who originally never wanted to be partners but over time grow to respect each other. They realize how well they work together and form a bond. The first Rush Hour was released in 1999 and became a hit at the box office. Rush hour is a action packed comedy. These two work well together and keeps fans laughing.

Fans have been waiting for this! Will you be watching?