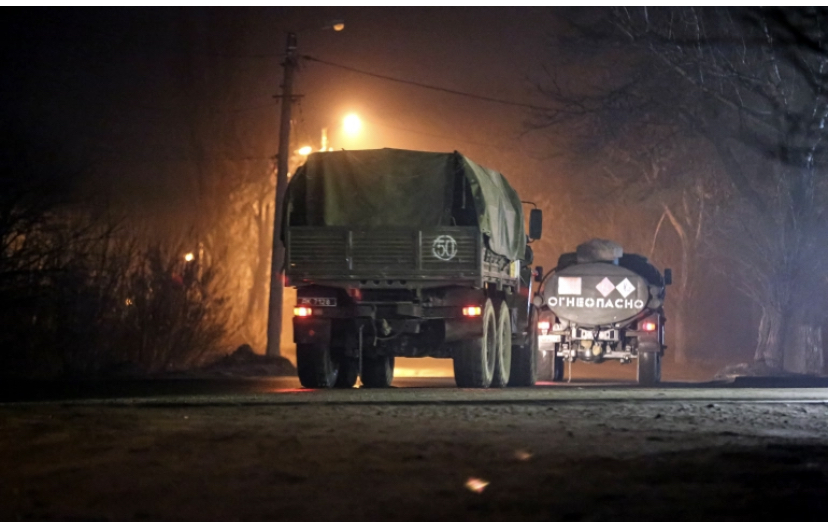 Russia has officially invaded Ukrainian Territory. According to reports:

“President Vladimir V. Putin of Russia declared the start of a “special military operation” in Ukraine on Thursday, after months of speculation about Russia’s intentions as it massed tens of thousands of troops on Ukraine’s border.

Addressing his nation in a televised speech broadcast just before 6 a.m. Thursday, Mr. Putin said his goal was to “demilitarize” but not occupy the country.

Minutes later, large explosions were visible near Kharkiv, Ukraine’s second-largest city, and blasts were reported in Kyiv, the capital, and other parts of the country.

Ukraine’s Interior Ministry said that Russian troops had landed in Odessa and were crossing the border.

“The invasion has begun,” the ministry said in a statement.

Check out the full story by cli the link.