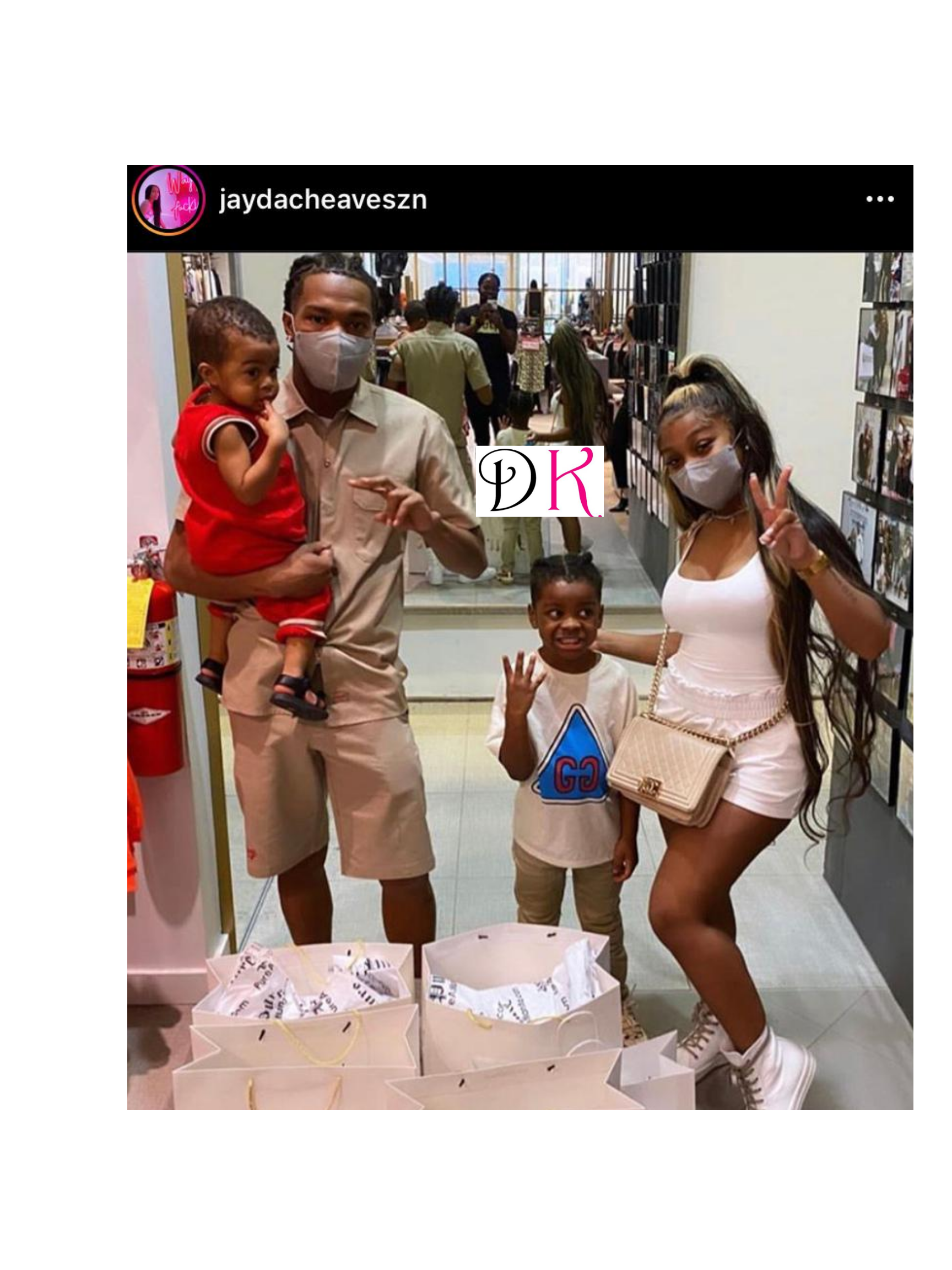 Lil Baby and his girlfriend Jayda took his kids shopping and posted a family picture. Lil Baby’s son‘s mother has been complaining that Lil Baby has not been playing his role as a father lately. Maybe they took this picture to shut up the haters!

Jayda posted the picture on her instagram! And it must have pissed the mother of his child (Ayesha) off! Ayesha took to Instagram to make a statement. S/o to the Shade room for the picture…

The “beef” came about after Lil Baby posted a video showing off the new Birkin bag he brought Jadya! Ayesha was pissed and ranted on Instagram that their child’s tuition wasn’t paid, causing the school to kick him out! She even went as far as saying he promised to buy her a car but didn’t.

Thanks to The Shade Room! They screenshot first and blog later lol. Check out tweets between Lil Baby and a fan about the car and tuition situation. Lil Baby claims that Ayesha wasn’t “responsible” enough for the Range Rover he brought her!

Do you think she has a reason to be upset? Do you think his child’s mother is bitter and jealous? If a man can spend thousands on a bag for his girlfriend he should be able to pay for his child’s schooling if that was their agreement.