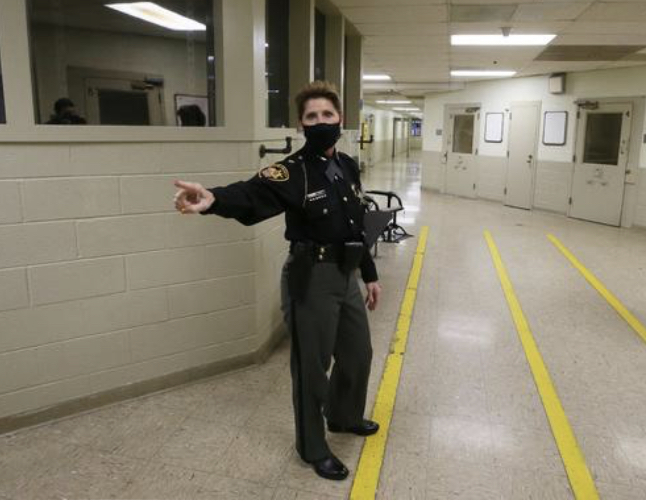 According to a report released today by The Akron Beacon Joirnal Summit County Jail is full of murders! The reports reads;

“Sixty-one men and women charged with murder are currently in the Summit County Jail.

The number, which equates to about 8% of the jail’s population, is thought to be a record for the county and is attributed to the pandemic and how few trials have proceeded during it.”

“In 30 years, I don’t think we’ve ever had that many sitting there,” Summit County Sheriff Kandy Fatheree said of the inmates charged with murder. “It’s a tremendous amount.”

Fatheree, who has been with the sheriff’s office for 33 years, remembers when having 10 to 12 defendants charged with murder in the jail at one time was a lot.

With the coronavirus numbers down and safety restrictions loosened, trials are about to restart in Summit County. Defendants charged with murder are first in line.

Two murder trials are scheduled to begin Monday in Summit County Common Pleas Court. This hectic pace is expected to continue through the summer.

That’s good news for the Summit County Sheriff’s Office, which runs the jail.

People charged with murder require the maximum amount of security. Meanwhile, a $12 million to $16 million renovation will begin soon at the jail, requiring staff to move inmates as updates are done in different areas.”

“I will not have room to put people,” Fatheree said during a recent tour of the jail. “They can’t get them through the system fast enough.”

Fatheree said the jail is supposed to just be a holding facility — not a place to house people for long periods. She said the deputies have been doing an “impeccable job” dealing with the many inmates charged with murder.

At the same time, though, the department is down deputies. More than 30 deputies retired between August and December of last year, with many hitting the 30-year seniority mark and choosing to retire because of their pensions or medical coverage requirements.

Fatheree said she has reduced staffing in other areas to send more deputies to the jail. When a new technology upgrade is soon completed at the jail and in the courts, she plans to see how many deputies are still needed in court and to help with videoconferencing.

The sheriff also is looking into replacing deputies who were doing clerical duties with sworn civilians to free up the deputies for other work.

“We are not eliminating any deputy positions — just reassigning them,” said Eric Czetli, Fatheree’s chief of staff.

In fact, the sheriff is trying to hire more deputies, with the help of a recent $61,000 state grant that will go toward recruiting more minorities and women.

“Join our team,” the sheriff’s office urges on its website with a picture of a diverse group of deputies.

During the pandemic, trials were mostly delayed, with attorneys often requesting continuances.

Jeff Laybourne, an attorney who has several clients facing murder charges, said he’s ready to start doing trials again, especially because the requirement to wear masks has been lessened, with this decision left up to each judge.

Laybourne has several murder trials set for this summer, when he believes there is a better shot of them going forward.

“I told my clients, even if we could get the authority to go, I didn’t think it was in their best interest because of the mask requirements and the fear of jurors,” he said.

Laybourne said he thinks the judges have done a good job during the pandemic of managing cases by trying to resolve some to keep dockets at a reasonable level while also protecting the rights of the accused.

“I’m hoping to get back to some semblance of normal here — jury trials in person while doing some of the more procedural hearings via Zoom,” he said. “I think we will look back and be happy we went to that system.”