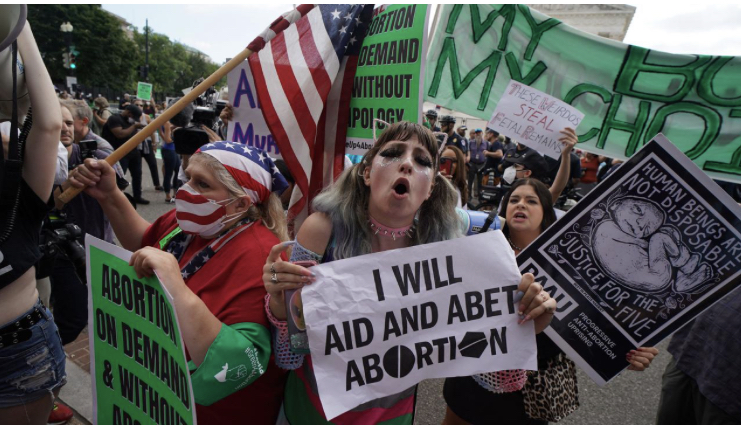 The Supreme Court just over turned Roe VS Wade! This means abortions will be illegal in most states! According to CBS news 13 states have already banded abortions immediately! This will cause a seismic shift in abortion laws..

It will now be based off the individual State if abortions are legal in that state. Medical abortions, abortion pills etc in 13 states will be no longer.

Thirteen states have so-called “trigger” laws that would restrict abortion with Roe overturned: Arkansas, Idaho, Kentucky, Louisiana, Mississippi, Missouri, North Dakota, Oklahoma, South Dakota, Tennessee, Texas, Utah and Wyoming. Some of the states’ laws would go into effect immediately following a Supreme Court decision, while others would kick in after 30 days.

In several cases, the bans take effect once the state attorney general or another official certifies that the Supreme Court’s decision reverses Roe, but that could take just days following the court’s decision. (CBS News)

Love coverage is happening now on CBS website and app. Ill keep everyone updated as more information is available.