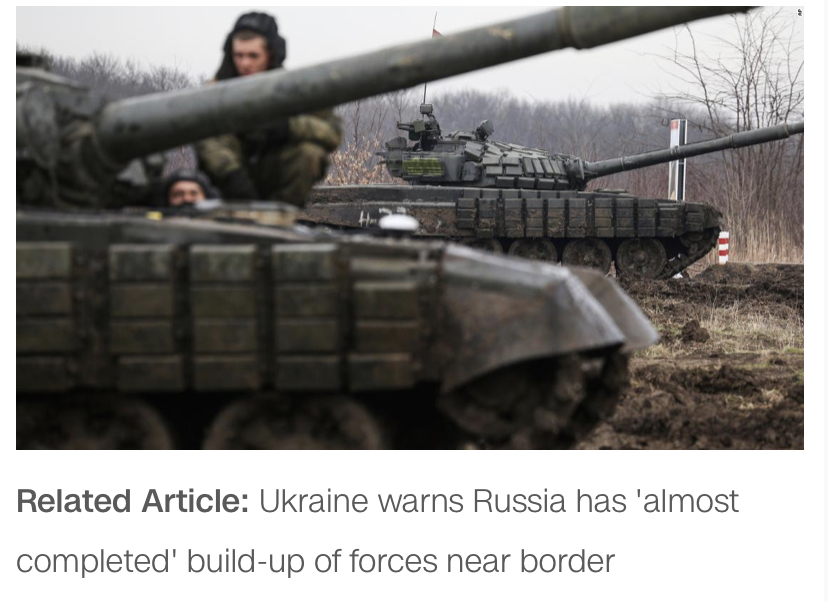 They have money for war but cant feed the poor! Russia may be preparing for war. President Joe Biden told his Ukrainian counterpart Volodymyr Zelensky on a call Thursday that there was a distinct possibility Russia could launch an invasion in February, according to National Security Council Spokesperson Emily Horne.

According to multiple reports the American Government will provide $200 million of aide for their war!

The article from NPR.org

A senior U.S. State Department official said the assistance was approved in late December as part of American efforts to help Ukraine protect itself. Until Wednesday, however, the administration had refused to comment on it. The official wasn’t authorized to discuss the matter publicly before Blinken’s meetings in Kyiv and spoke on condition of anonymity.”

“We are committed to Ukraine’s sovereignty and territorial integrity and will continue to provide Ukraine the support it needs,” the official said. The official did not detail the contents of the aid package.

President Joe Biden is sending about 2,000 troops from Fort Bragg, North Carolina, to Poland and Germany this week and sending part of an infantry Stryker squadron of roughly 1,000 troops based in Germany to Romania, a senior administration official said Wednesday.

The military moves come amid stalled talks with Russia over its military buildup at Ukraine’s borders. And they underscore growing fears across Europe that Russian President Vladimir Putin is poised to invade Ukraine — and smaller NATO countries on the eastern flank worry they could be next.

I under we should assist our allies but we have our own issues in American to focus on. how can we afford to send $200 million dollars of aide when we have people in our country struggling! They made multiple excuses on why we couldn’t get another stimulus check, more food aide and higher pay for essential employees.

how do you feel about it? There was a allegedly Russia threatened to cut off our power sources if we assisted Ukraine in the war…

To read more information on the developing story. click the links below