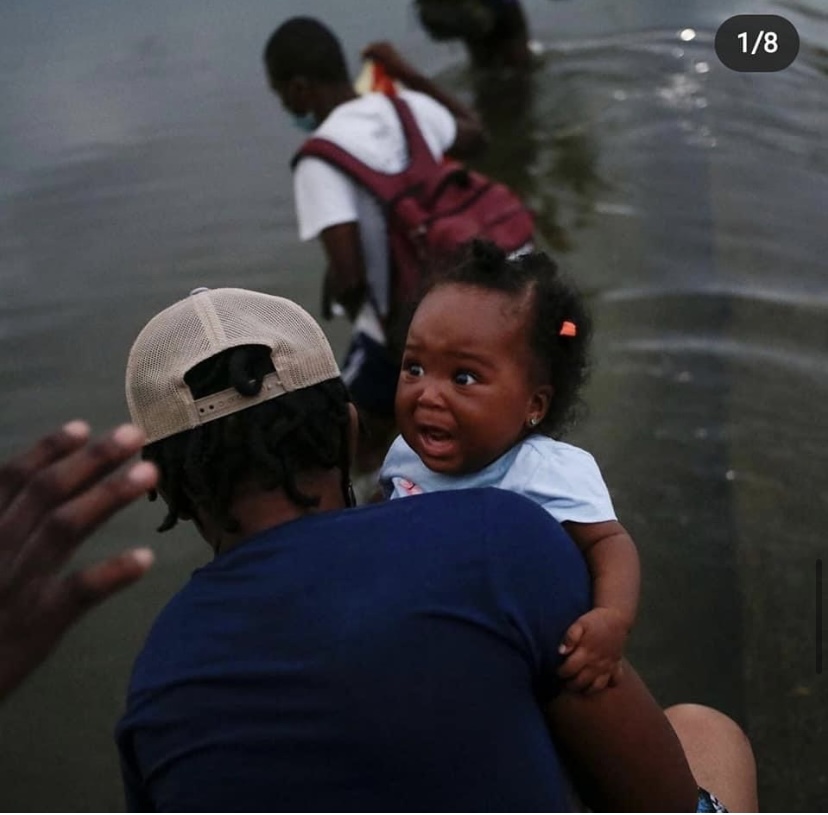 They say history repeats itself but in 2021 people are still being treated like slaves! Yes I said it slaves boo! A few weeks ago pictures surfaced of the border patrol officers riding horses and whipping Haitian people!

Y’all see his smile? How sick and evil can some people be? Haitians weren’t welcome into America. Yet they were beat, whipped and ran off children included. I understand we can’t allow everyone into American and there’s a whole process but America had enough room for 30,000 Afghanistan refugees… and plans to allow for a total of 65,000 Afghans to settle here.

Please understand the contents of this blog can be triggering for some. While reports say the government funding will run out at the end of this month (October) the Joe Biden administration still found it in their heart to ask for $6.4 billion for Afghan resettlement. Yet no money, shelter or assistance for the Haitians. In American history black and brown people have always been mistreated. And unfortunately in 2021 nothing has changed! More and more political officials are showing their racism!

According to a news report from NBC news network “Official’s from customs enforcement, Border Protection, immigration, ICE, DHS and intelligence knew in July that Haitians planned to flee our borders.” Over 28,000 Haitians fled to Rio Texas this past month!

Haitian we’re rejected at the border and treated in a none humane way. The new bill for Afghans is a billion dollar funding. The funding would allegedly be used for humanitarian assistance through the state department and U.S agency’s for international development to help all Afghans at risk. Haitians we’re NOT included in this bill however.

The funding would also allegedly would cover public health screenings, vaccinations, health benifts, employment assistance and other resources to help Afghans arriving in the U. S. The total budget is $3.5 trillion dollars.

This all started when the Taliban group took over in Afghanistan causing the U.S to evacuate 124,000 people, 6,400 people were Americans. How do you feel about the bill? Do you think America should help the Haitians too? Should Americans just mind their business and help no one? This type of budget and there’s people right here in America suffering… post your thoughts below in the comments.