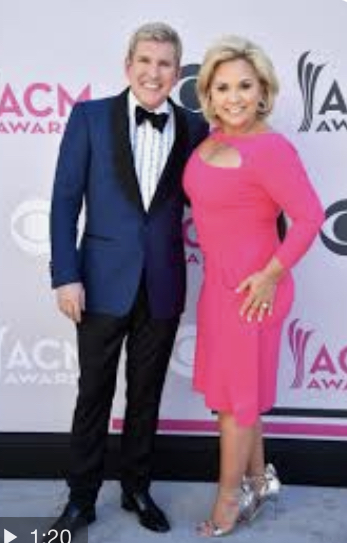 The “Chrisley Knows Best” couple were found guilty in June of conspiracy to defraud banks out of more than $30 million in fraudulent loans, CNN previously reported. In addition, they were found guilty of several tax crimes, including attempting to defraud the Internal Revenue Service.

the case showed that the Chrisleys were able to obtain the loans by submitting false bank statements, audit reports and financial statements. The money was used to buy luxury cars, designer clothes, real estate and travel, a DOJ press release stated.

Then, while earning millions of dollars on their former reality show, the Chrisleys, along with their accountant, conspired to defraud the IRS and evade collection of delinquent taxes.

“Chrisley Knows Best” debuted in 2014 on the USA Network. New episodes, filmed prior to the trial, will debut sometime next year.

In a short statement to CNN in June, one of Todd Chrisley’s attorneys, Bruce Morris, said they were, “disappointed in the verdict” and planned to appeal.

CNN has reached out to representatives of the Chrisleys and Tarantino for comment on Monday’s sentencing.

Free Them! Do y’all think they’ll serve their whole sentence?