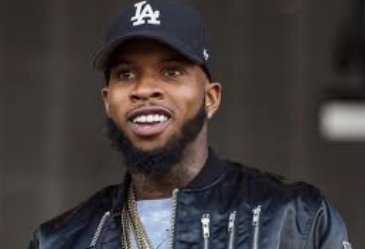 According to The Shade Room Tory Lanes was arrested! Tory lanes recently released a album telling his side of the altercation between Megan and him. Tory is charged with a one Felony on each for having a semiautomatic firearm, personal use of firearm, having a unregistered firearm, assault and carrying a loaded gun

Megan went on Instagram crying in live about how she was tired of holding it all in. She was tired of people fucking with her name! And said Tory shot her! No charges against him came about until now… He could face up to 22 years in jail. I’ll keep you updated on if he makes bail or any changes in the case.