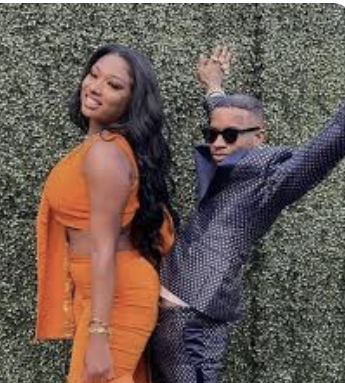 Rapper Tory Lanez has been found guilty of all charges in the 2020 shooting of Megan Thee Stallion outside of a Los Angeles party, a jury decided Friday.

The Grammy-winning rapper accused Lanez of shooting her in the foot after the pair left a party at Kylie Jenner’s home in 2020. Lanez, whose legal name is Daystar Peterson, pleaded not guilty to shooting her and dedicated an entire album to rebutting Megan Thee Stallion’s version of events.

He was originally charged with assault with a semiautomatic firearm and carrying a loaded, unregistered firearm in a vehicle. Prosecutors added a third charge, discharging a firearm with gross negligence, earlier this month. Lanez faces a maximum sentence of 22 years in prison. He may also be deported to his home country of Canada after serving his sentence.

“You showed incredible courage and vulnerability with your testimony despite repeated and grotesque attacks that you did not deserve,” he said. “You faced unjust and despicable scrutiny that no woman should ever face and you have been an inspiration to others across LA County and the nation.”

Alex Spiro, an attorney for Megan Thee Stallion, said in a statement, “the jury got it right. I am thankful there is justice for Meg.”

Megan EX BFF Kelsey testify but when she got a certain questions pleaded the fifth. Kelsey feared that what she stated could jeopardize her freedom as well. The judge and jury granted immunity against her and she could not be arrested for any crimes she committed during her testimony.
Tory was immediately arrest it and he could be deported back to Canada. His father was outraged by the verdict.