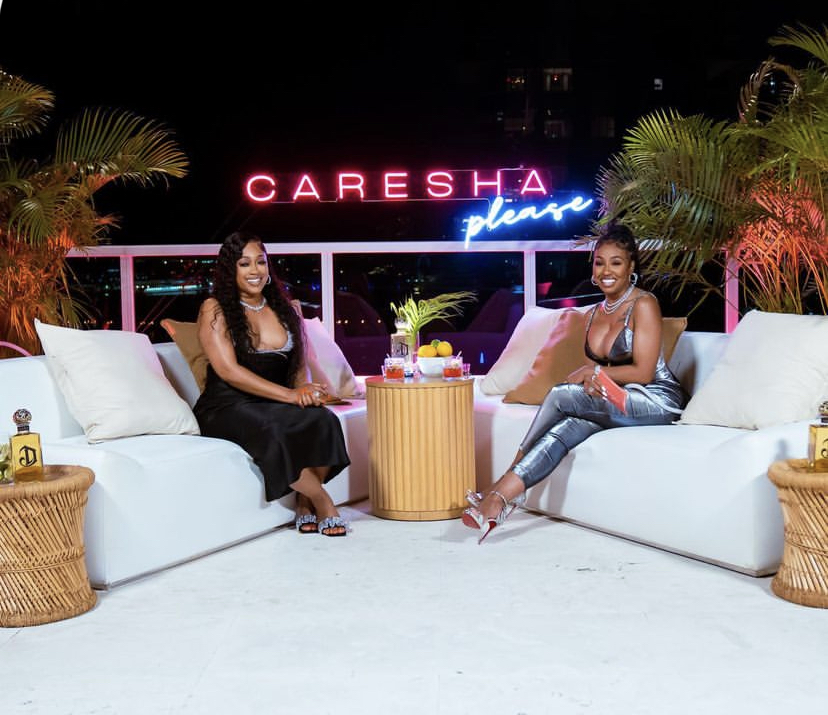 Trina The baddest bitch came to get all the smoke on Caresha Please with Young Miami. The interview overall was great! The vibe was marvelous. They laughed the whole time. Trina opened up about her love life, music, having kids and more.

Trina was ready for all the smoke! She was very open and honest about everything. Trina told fans she was engaged to Lil Wayne. How sweet he was but they were to young and called it off. Trina also opened about having children and revealed to fans she unfortunately had three miscarriage. And how the lost of her mother changed her outlook on having children.

Trina opened up about to music industry. Her impact on the culture and having the privilege to work with the iconic Missy Elliott. Trina talked about the growth in female rappers and if up and coming artists should pay homage to those who came before them. She believes it’s a respectful thing to do since many female artists paved the way for other female artists. Trina also talked about how hard it was to release music that was meaningful/ soft because everyone wanted sexy and raunchy music. Trains claims the industry wants women to rap sexual and the nastier the better!

Check out the full interview below and tell me what you think!