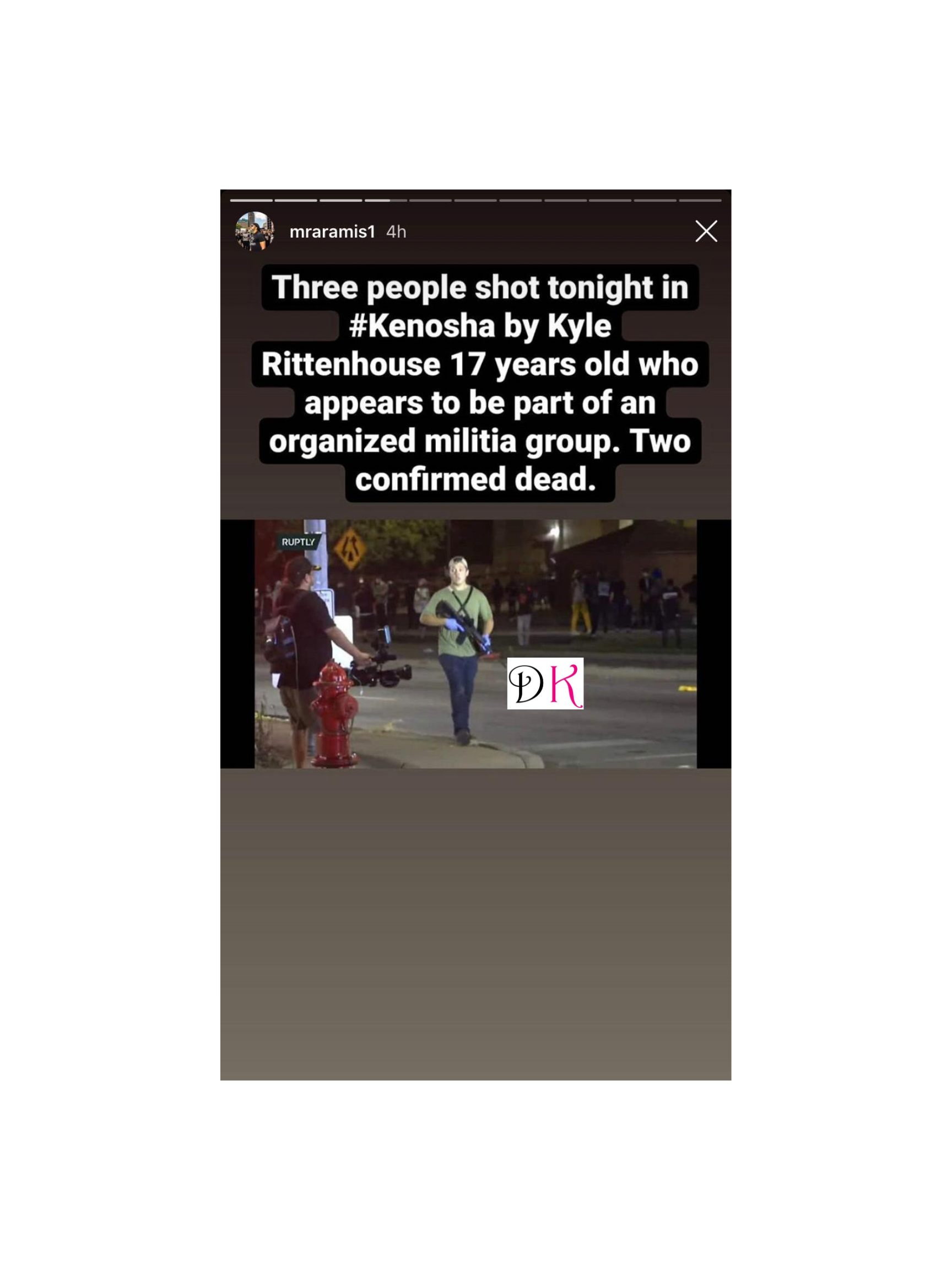 Gun Man Kyle Rittenhouse has been arrested and will be charged with first-degree murder! Check out full story below…

Unfortunately last night two protesters lost their lives and one person was injured. According to news reports they are still on the hunt for a gun man who started shooting during the protest in Wisconsin.
Praying for all families involved!

After the shooting that paralyzed Jacob Blake, protesters hit the streets. The protest are not peaceful but let’s be honest what protest in history has ever been peaceful? Last night things took a turn for the worst when a Militia group took matters into their own hands!

According to multiple sources, militia groups have armed themselves and hit the streets to “help” police contain the protesters. Two people lost their lives due to one of the members of the group shot intentionally into the crowd of protesters. One person was injured, no word on how that person is doing.

Kyle Rittenhouse can be seen walking through the crowd armed with a military gun even though he his NOT apart of the National guard. Rittenhouse is pro police and apart of the militia group who killed two people last night.

Images have been found of him pro police. Check out this video and post implementing Kyle in the shooting. Kyle and his group are still out hunting protesters.

Just because people choose to protest for justice of Jacob Blake no one else deserves to die. Property can be replaced but someone’s life’s can not. There are 250 National guard in Wisconsin containing the protesters and guarding the Wisconsin Capital. Fences also surround the Capital to keep protesters out.
The Blake family has asked for peace and for people to NOT cause more harm. Although protesting have not ceased and doesn’t seem to be anytime soon. I pray police also protect the protesters from these militia groups who are taking matters into their own hands! Praying for our Country… Praying for both families of the two protesters who lost their life and a full recovery of the injured protester!