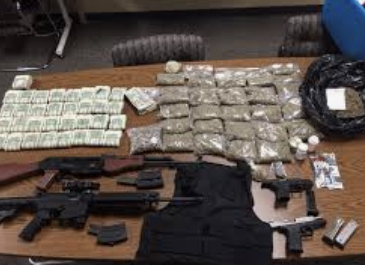 “Two men in Ohio were arrested after police performed multiple drug searches and discovered 700 pounds of marijuana in their possession.

The drugs were found in Hamilton, and police also found 10 guns, multiple vehicles, and over $50,000 in the possession of Vince Sanford and John Andrews Jr.

The men were reportedly a part of a drug organization, though police have not released much information relating to other possible suspects.
The men were also reportedly connected to a large drug seizure and shooting death that occurred last year.”

No names have been released at this time