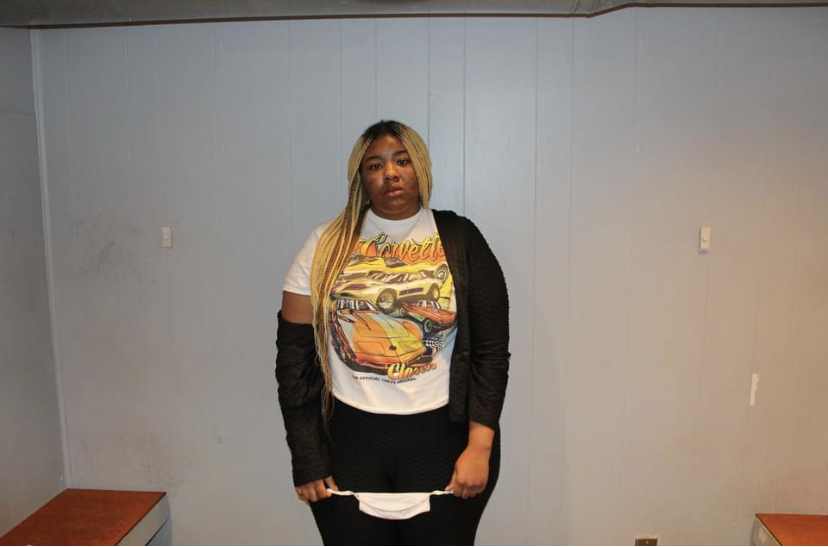 On February 22, 2022 a deputy with the CITCO (Criminal Interdiction Team of Central Oklahoma, a cooperative effort of the Sheriff’s Office; the Oklahoma City Police Dept. and the Oklahoma County DA’s Office) spotted a van driving erratically on I-35 northbound near 122nd Street.

The deputy pulled the van over and the driver, 29 year old Jamara Hennings of Cleveland OH explained she was driving home from Phoenix, Arizona after staying with some friends. Ms. Hennings was unable to tell the deputy the last name of the people she was staying with or where in Phoenix they lived, but she did say one of the friends loaned her the van to drive home because she couldn’t afford plane fare. That made our deputy suspicious, so he asked her if he could search the van.

Ms. Hennings refused to allow the search, so the deputy called in a drug K-9 who got a positive hit on the rear of the van. Inside, the deputy found a duffle bag that contained:

“Oklahoma City is a major route for drug traffickers with I-40 and I-35 running right through the heart of the city.” Sheriff Tommie Johnson III said, “But lately we’ve seen seen a dramatic increase in fentanyl trafficking through the county. It’s cheap. It’s easy to conceal. And it’s very powerful. But it’s also deadly.”

According to recently released data from the Centers for Disease Control and Prevention, an estimated 105,752 Americans died of a drug overdose between October 2020 to October 2021; the most ever recorded in a 12-month period. The majority of those deaths were caused by synthetic opioids like Fentanyl.

Fentanyl is 80-100 times stronger than morphine. “Much of it is produced in Mexico by people working for the cartel”, Sheriff Johnson said, “They press it into pill form, lulling people into believing it’s safe when it really isn’t. Some pills have enough fentanyl to get you high, others have deadly amounts. Every time you take one of these pills, you’re playing Russian roulette.”

Ms. Hennings was turned over to the United States Department of Homeland Security where they will pursue federal charges.”