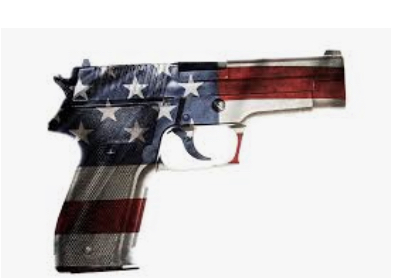 According to a new law that will soon go in affect. You no long need a CCW to carry a fire arm.

Ohio joined its neighbors in the Ohio Valley as a “permitless carry” state when Republican Gov. Mike DeWine signed into law Senate Bill 215 on March 14. Under the new law, set to take effect in June, adults who can lawfully own a firearm will be able to conceal carry a handgun without a permit or background checks.

Ohio is currently an “open-carry state,” meaning gun owners can carry a firearm in public so long as it is visible. Until the new law takes effect, those who do not want to display their gun but still carry must apply for a concealed carry license, a process that requires an application, a minimum $67 fee, a background check and an eight-hour training class including two hours of hands-on instruction.

The new law, often referred to as the “permitless carry” or “Constitutional carry” bill by supporters, revokes this restriction, allowing any Ohioan, 21 and older, to concealed carry without a license or background check.

The new law also removes “duty to notify” from the state, making it so Ohioans are no longer required to notify law enforcement of a weapon unless they are directly asked.

The permitless carry law comes on the heels of the two deadliest years for gun violence in Ohio. According to the Ohio Department of Health, there were 1,762 gun-related deaths in 2021 and 1,764 deaths in 2020.

According to the Health Policy Institute of Ohio , the rate of homicides and suicides that involve guns has steadily increased over the last two decades. From 1999 to 2020, suicide deaths in Ohio increased 49% and homicides increased 123%.

In addition to permitless carry, all three Ohio Valley states also have “stand your ground” laws, which allow people to respond to perceived threats with lethal force without fear of prosecution. The states also have “castle doctrine” laws on the books, giving citizens the right to protect themselves and those around them on their property, home, or sometimes vehicle by means of force if necessary.

Whats your thought? To read the full story click the link below